Kim Kardashian is tired of the media circus that surrounds her family and wants to transform her image and be taken seriously. To do this, she is reportedly distancing herself from the Kardashian clan. 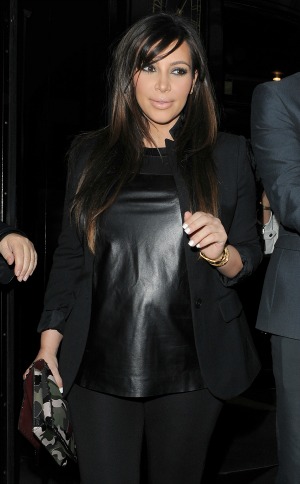 It seems Kim Kardashian wants the world to take her seriously, and she believes that for that to happen, she likely has to distance herself from her family.

It is widely known that Kim K is not taken seriously by the fashion greats, such as Anna Wintour, and the star is very keen on becoming a ”high fashion” icon herself.

Kardashian has kept away from the public eye since giving birth to her daughter North West in June, the little girl who she shares with her rapper-boyfriend Kanye West.

It appears the only way for the reality TV star to break away from the media circus is to keep her personal life private and stay away from the show Keeping Up With the Kardashians when it returns to the E! network.

A source told the New York Daily News, “You won’t be seeing North even once on the new season, Kim decided no way is she going to be part of this circus.”

Kardashian is serious about her privacy and if you were hoping to see North on the show, you will sadly be disappointed because the star has even banned crews from filming in her new mansion.

The source added, “Kim doesn’t want to film this show anymore. She’s changing her image and breaking away from the family. She’ll be moving into her house, but doesn’t want the cameras inside her new house.”

We are sure her mother Kris Jenner, who has previously played a very big role in managing her daughter’s career and press-related appearances, will be very upset that Kim has changed her mind and plans to distance herself from the Kardashian clan.

Those reports have surfaced after the news that Kardashian had fired her longtime publicist Leslie Sloane-Zelnick — who still represents her sisters Kourtney and Khloe — and has instead opted for a new celebrity publicist, Ina Treciokas.

“She wants to be a fashion icon and off these weeklies that delve into her personal life. The one thing she wants more than anything is the cover of Vogue.”

Do you think Kardashian can make this new dream a reality?