Jon Gosselin has a new job, but it’s a far cry from show business. 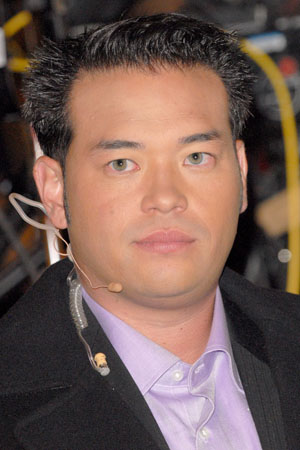 It was only a few years ago when former Jon & Kate Plus 8 star Jon Gosselin could afford to eat in the hippest restaurants in New York and California.

Those days are decidedly over: He’s now working in one of those restaurants, rather than eating in one. The former reality star revealed to Entertainment Tonight that he’s living in the Pennsylvania woods — without Internet or television — and working in a restaurant.

“At first I was nervous because I was like, ‘How are people going to react?'” But, he swallowed his pride and started work at a local haunt, Black Dog, earlier this year.

“But then I’m thinking, ‘Well, it’s fun and I get to talk to people.’ And they technically already know me… they’re like, ‘Are you the guy?’ I’m like, ‘Yeah, I’m the guy,'” he added of getting noticed.

The father of eight admitted he’s hit rock bottom “about 20 times” since his 2009 divorce from Kate Gosselin, but he’s not the only one facing financial woes. Kate recently admitted to People that she worries about money, despite living in a $1.3-million home.

“To not have a reliable income is scary,” the former nurse told the magazine, adding that she’s “piecing together” income from a variety of projects.

Maybe her ex can get her a job?

Despite the setbacks, Gosselin has a good attitude about everything.

“I don’t regret anything,” he added to ET. “You learn from your mistakes. That’s what builds you to who you are today.” We have a feeling that it’s going to take a lot of double shifts to earn enough for child support on eight children, though.