Cher’s name was added to the list of those who slammed Miley Cyrus’ twerking performance, but she went on Twitter to clarify what she actually meant. 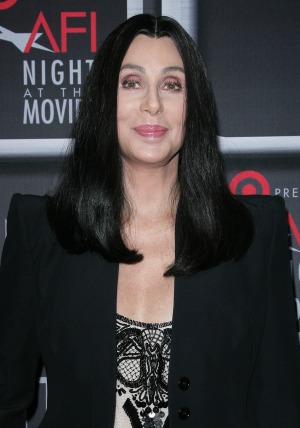 Cher became one of the latest to add her opinion of Miley Cyrus’ 2013 MTV Video Music Awards performance, but she quickly wanted to clarify what she meant. The iconic singer told E! News, “I don’t give a s–t if she comes out naked. Just be better, do better.”

If you listen carefully, her criticisms almost sound like a compliment. And the singer confirmed that what she said may have been mistaken for criticism.

Cher started by saying, “I Think What I Think,” but she is also a little ashamed about her comments.

The singer finished her Twitter rant by saying Cyrus was “f*ing brilliant” and she let her ego get in the way of supporting a fellow artist. This isn’t the first time Cher has gotten into it with someone on Twitter. Back in June, she had it out with Amanda Bynes, but ended up apologizing for it.

Cher has been a groundbreaker for decades and seems to understand Cyrus. But when asked if she plans to twerk any time soon, she said not to count on it.

“I don’t want to,” Cher said. “I mean, I could if I wanted to. But, you know, if it looks like that I don’t think I’m interested. I’ve seen other girls do it better.”

Apparently, they can stop: Inside Liam and Miley’s breakup >>

Cyrus does have her fans as well, and a lot of celebrities, including Courtney Love, have come out in support of her.

Cher’s new album Closer to the Truth will be in stores Sept. 24.