You know how some celebrities won’t talk about personal stuff? Not Gwyneth Paltrow. 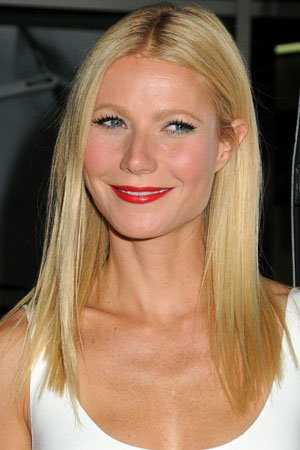 Something about Ellen DeGeneres makes Gwyneth Paltrow want to dish all about her pubic hair. The Thanks for Sharing star stopped by the talk show on Wednesday to promote the new film, but she ended up talking more about her bikini area.

Gwyneth Paltrow gets her beauty advice from the French >>

“I knew it had permeated when my brother in-law said to me like, ‘I hope you’re not going to bring back big bush,” Paltrow told DeGeneres. “I was like, ‘Thanks, Al. Thanks for your support.'”

She was referring to an April conversation where she talked about her bikini line “disaster” at the premiere of Iron Man 3.

“I kind of had a disaster,” she said. “I was doing a show and I changed there, and I went and I couldn’t wear underwear. I don’t think I can tell this story on TV. Well, let’s just say everyone went scrambling for a razor and so I went from being the most beautiful to the most humiliated in one day.”

Thanks for sharing, Gwyneth.

However, that was far from the most TMI thing she’s said during this promo tour. The wife of Chris Martin joked about sex with Chelsea Handler… and things got comedically graphic.

“Well, basically, I was a really normal person,” Paltrow joked, “and then I started hanging out with you all the time.”

“Do you show your vagina?” Handler asked. “Only to you,” Paltrow shot back.

However, Paltrow thinks we’re too obsessed with sex as a society.

“There’s a lot of sex, especially as a mother and having children with access to the Internet,” she told FOX411. “It’s quite scary how accessible sex is and how it’s everywhere. It is definitely not a very innocent time.”