Trace Adkins is back hosting the 2013 American Country Awards, but he has a new gal this year to help him steer the show. 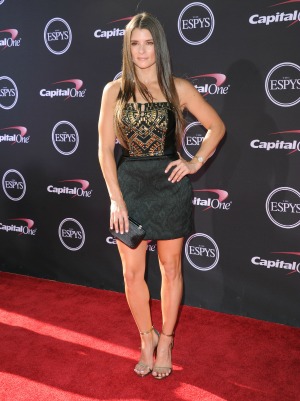 The American Country Awards are adding a new host this year. After two years of Kristin Chenoweth co-hosting the show, she will be replaced by NASCAR driver Danica Patrick. Trace Adkins will be back for the fourth time helming the show with Patrick.

In a statement on Wednesday, the race car driver said, “I’m so excited to host the American Country Awards with Trace Adkins. I have no doubt he’ll be able to keep up with me. I’ve become a huge fan of country music since I came to NASCAR. This is going to be a really cool experience and I’m excited to be a part of it. It’s going to be a great show.”

Patrick may not be a singer, but she’s appeared in several country music videos including “Fastest Girl in Town” with Miranda Lambert and “Drivin’ Around Song” with Colt Ford.

Adkins shared his enthusiasm for his new co-host in a statement, “I can’t wait to see if I have what it takes to keep up with this racing superstar.”

The show, which began in 2009, has quickly become an annual favorite for country music fans because they vote on the awards.

Adkins told USA Today in 2010, “Finally, we have an awards show that is voted on by the fans. It’s not industry insiders who have agendas and political motivations.”

The singer will also perform one of his new songs from his upcoming Celtic Christmas album, The King’s Gift.

The show will air live on Dec.10 on Fox from Mandalay Bay in Las Vegas.