AMC announced an expanded final season of Mad Men in two short bursts of seven episodes each, much like their current raging success, Breaking Bad. Are viewers winning here or is it a ploy for AMC to load up on Emmy nominations? 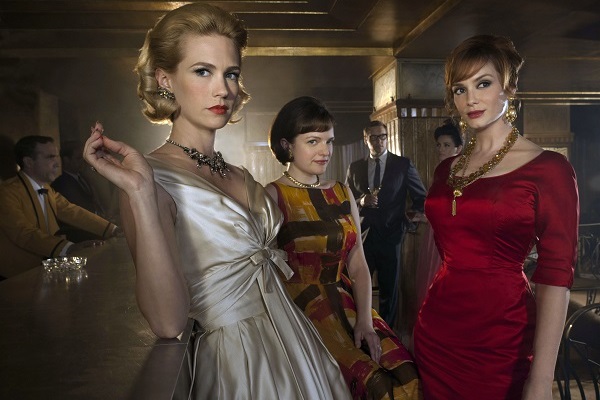 There are a lot of clichés that can be tossed around when you discover one of your favorite television programs is coming to an end, but they rarely make you feel better knowing you’re going to lose the company of characters you’ve come to know as friends. AMC announced yesterday that Mad Men would air the first half of its seventh and final season in the spring of 2014.

We can expect the second half to air in the spring of 2015.

Let’s get back to those clichés and see if a couple will work in this case. All good things must come to an end. Unfortunately, this is true. There isn’t a viewer in the world who thought Mad Men was going to stretch into the groovy decade of the ’70s or beyond, so we’re fortunate to experience as much of the lives of those working at Sterling Cooper & Partners as we can.

Absence makes the heart grow fonder. No, it really doesn’t. This is especially untrue when your final expanded season consists of two short seven-episode halves airing one year apart in an attempt to garner Emmy nominations. Many networks have learned harsh lessons by letting their programs languish on the shelves too long. Viewers often forget about even the more highly rated programs as new ones come to take their place. We are a fickle society.

Feeling confident in the whirlwind success it’s attracting with the two-year-long fifth season of Breaking Bad, in which eight episodes aired in the summer of 2012 and eight are rocketing to their conclusion in the next 12 days, AMC decided to take another chance and parlay the final season of Mad Men into a similar win for the network.

From what I know of Breaking Bad, each episode is an edge-of-your-seat thrill ride barreling full speed ahead into the coming week. With barely a moment to catch your breath to absorb what you encountered in the previous installment, the next one is upon you. Mad Men doesn’t fit that same style of jet-propelled writing. Their arcs take longer to build and tend to crash down around you in a crescendo of layers you recognize only when you look back and analyze them as a whole piece of work.

When you think back to Season 6 and the subtleties of Don Draper’s breakdown that lead him to reveal his true self to his co-workers and finally to his children as they stood in front of the house in which he grew up, you have to wonder if they could have pulled off that scene with a 12-month gap in the momentum.

Jon Hamm and Bryan Cranston both play characters with deeply intense emotional issues, and are both nominated in the Outstanding Lead Actor in a Drama Series category for next Sunday’s Emmy awards, but I don’t think they could easily switch roles any more than I would expect their shows to succeed utilizing the same format.

Parenting lessons we should take from Mad Men >>

AMC has become a network known for bringing us quality television, and they’ve done it in a relatively short span of time. They’ve also taken some chances that could easily backfire and been called greedy (and sometimes worse) in the process. The revolving door of showrunners on The Walking Dead left many in the industry wondering what they were up to, and yet year after year the show comes back to stronger ratings than ever before.

The Emmy Awards eligibility rules state that a show must have at least six episodes on during the nomination period to be considered. What do you think? Is the 12-month hiatus between seven-episode arcs of Mad Men being done for creative reasons or to ensure AMC gets the best bang for their buck out of their signature programs as they slowly take their leave, while awaiting new shows of equal critical caliber to take their place? Or do you think they want to give viewers the opportunity to savor the best AMC has to offer for as long as they’re available?