Bookish recently interviewed the talented author Daniel Woodrell. See what he has to say about his new book The Maid’s Version and working with Jennifer Lawrence in his book-turned-film Winter’s Bone. 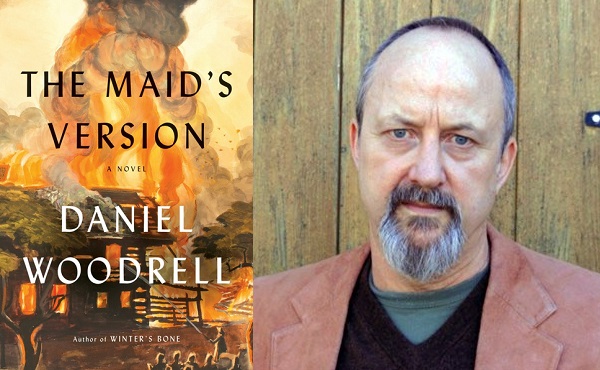 Missouri author Daniel Woodrell was a relative unknown for much of his career — though he had a devoted following for his “country noir” crime novels set in the Ozarks, such as Tomato Red and The Death of Sweet Mister. That is, until his eighth book, Winter’s Bone, was made into an Oscar-nominated film with a breakout role for Jennifer Lawrence as the tenacious Ree Dolly. Woodrell tells Bookish that his new book, The Maid’s Version — his first novel since Winter’s Bone — is “the closest to an autobiographical novel I’ve ever written.”

Bookish: What are you most excited about regarding The Maid’s Version?

Daniel Woodrell: This book was a change of pace for me: It had a wider swath of characters from more of a variety of backgrounds than some of my other books, and I very much enjoyed writing about a cast of characters who weren’t all necessarily impoverished — some were and some weren’t. I felt that I could give a truer picture of a community.

Head over to Bookish.com for the rest of the interview!

19 mins ago
by Caroline Greelish