Glee is all set to return for Season 5 with two very special Beatles episodes. The album doesn’t release until next week, but SheKnows has all the tracks right now! 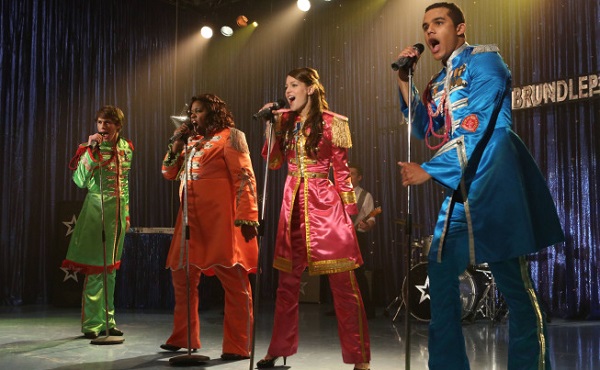 Glee knows how to kick things off with a bang… or a bowl cut. The melod-erific show will start off its fifth season with an epic tribute to the shaggy-haired British invasion — a two-episode arch scored by the genius of The Beatles.

If you just can’t wait until next week to have a listen to your favorite New Directions members covering your all-time favorite band, don’t worry. Of course we’ve got you covered. Like they always do with themed episodes, Glee will release an album of all the songs they’ll be singing on the show. Glee Sings the Beatles releases on Tuesday, Sept. 24, but we’ve got all the tracks right here.

Psst! Demi Lovato’s Glee character will hook up with Santana! >>

We’re filled with awesomeness! To keep up on all of it, sign up for our newsletter >>

Glee returns on Sept. 26 at 9/8c on Fox. Let the Beatlemania begin!