Jessa Duggar has a new boyfriend, but her parents won’t allow any physical contact — not even a kiss! — before they get married. 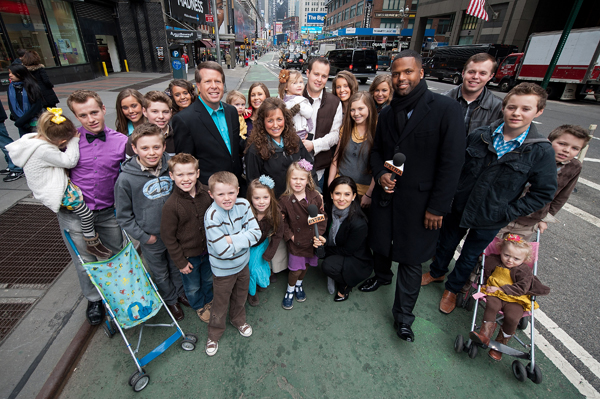 Jessa Duggar, one of Jim Bob and Michelle Duggar‘s 19 children, is being courted by a new boy named Ben Seewald. But the new couple is only allowed very limited physical contact since they’re not yet married.

The happily married Duggars are very “excited for Ben and Jessa,” they told People magazine, and added that the pair “are enjoying getting to know each other and are recommending sermons to one another.”

However, the deeply religious parents made it very clear that Ben and Jessa are not dating, but just courting to see if they’re compatible. During the “courting,” not even a kiss is allowed between the young pair, as they have to wait until they are married to be physical with one another.

“Courting is getting to know each other in a group setting, both families spending time together and the couple setting goals together to determine if they are meant to marry,” Jim Bob explained. “With dating, a couple will often pair off alone and that sometimes leads to a more physical relationship.”

Courting is what all the Duggars do instead of dating, and Michelle adds that “courtship is not just about having fun. You are really considering if this person could be your life partner.” So, Jessa may actually be getting ready to be the next Duggar family member to get married and start a family.

According to Jim Bob, Seewald is the only boy who Jessa has shown an interest in, so he wanted to be sure he was worthy of his daughter’s company. “When a guy is pursuing your daughter, you want to check him out and see if there are any red flags and with Ben there hasn’t been. He is very sharp,” Jessa’s father said. “It appears like a match made in heaven.”

During their new courtship, Jessa and Seewald are allowed to communicate via text and on the phone. But the whole family, including all 19 children, is kept in their conversations, which mostly consist of questions about religion and scriptures.

“It has been interesting to watch their interactions because of [Jessa’s] personality type, they share very similar beliefs,” Michelle said. “It has been fun to watch them and both our phones are going back and forth, ping, ping, ping.”

The new relationship will be documented on the family’s reality show on TLC, 19 Kids & Counting, which premiered on Tuesday.