A producer for The Canyons, the Lindsay Lohan film that was released in August, says Hollywood is concealing the numbers for his film. Is it possible that with so much hype, that very few people actually saw it? 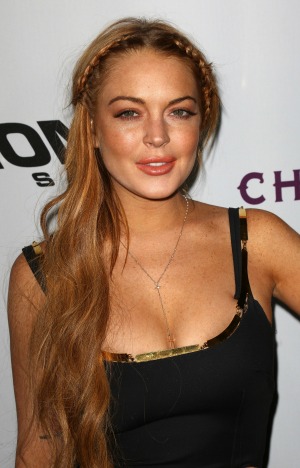 The Canyons was a gamble from the beginning, with a script that wasn’t exactly Oscar material, and Lindsay Lohan as their biggest (yet riskiest) star.

Director Paul Schrader has since criticized Lohan’s behavior during filming, but they completed production and the film has now been released.

Numbers haven’t exactly met expectations, and producer Braxton Pope said it’s because Hollywood is trying to hide those numbers from everyone.

“Hollywood has long had a policy of concealing data, presumably, in part, because to reveal it would be to invite filmmakers/profit participants to demand what they are contractually owed,” Pope said in an email to IFC that was obtained by TheWrap. “Digital is surging and will eventually match and likely exceed domestic box office which is a mature platform with little growth, thus at some point you would think there would have to be a method for accurate reporting of all downloads, streaming, etc., in some systematic, comprehensive fashion.”

Not only did The Canyons go to theaters in New York and Los Angeles when it was released on Aug. 2, but it was also released on video-on-demand the same day. Pope said those digital numbers “are only partially reported, so it is hard to get a comprehensive, accurate picture.”

Does Lindsay Lohan have a new man? >>

The producer said he knows the film made money, even if Hollywood refuses to admit it. Who knows if he’s right, or just thought his film would do better than it has.

Lindsay Lohan is past it, though, and is moving onward and upward. Since being released from rehab (this time), she’s already landed her first new role.