If rumors are true, Lindsay Lohan is cozying up to a new man, former NFL star Matt Nordgren. 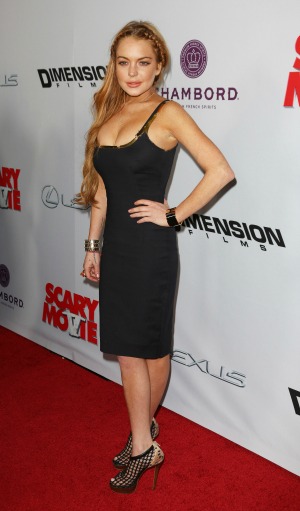 If rumors are correct, Lindsay Lohan is not only embracing a clean and sober life, but also the arms of a new man, Matt Nordgren.

The actress has faced more than her fair share of problems and after finally completing her 90 days of court-ordered rehab treatment at the end of July, it appears she is dedicated to keeping clean and changing her life once and for all.

So could part of this change be with a man whom she has known for seven years?

A source revealed to People.com, “She is very happy and very committed to staying sober. He drinks, but not irresponsibly and not in front of her. He is close to her whole family.”

Nordgren is an entrepreneur from Texas who starred in the 2011 Bravo reality TV show, Most Eligible Dallas.

Nordgren recently revealed to the New York Post’s Page Six that he is trying to comfort and encourage Lohan in her continued sobriety.

Nordgren said, “We’ve hung out. But I have been a friend trying to support her for many years now.”

“She’s completely sober now. She’s in a great place and working hard and meeting with all the right people.”

While Nordgren may sound good for The Canyons star, she has a track history of turbulent relationships that include Jared Leto, Wilmer Valderrama, restaurateur Harry Morton and DJ Samantha Ronson.

Lohan’s new beau could just what she needs or he could be a bit of a ladies’ man. Having previously dated The Bachelor‘s Vienna Girardi and The Hills’ Audrina Patridge, even the bio for the Most Eligible Dallas show saw him describe himself as someone who’s “often seen with a different girl on his arm” and “definitely plays the field.”

While sources have revealed to the New York Post’s Page Six that Nordgren is telling people he’s now dating Lindsay, and the pair were spotted in a picture on Lohan’s Instagram last week, there has still been no official report from her rep.

https://instagram.com/p/eIhN63Jc5e
So for now, we will have to wait and see if this relationship is official. What do you think, though? Could Nordgren be the right guy for Lohan?