Justin Theroux has revealed he has an interest in some very strange collections, an interest that his fiancée Jennifer Aniston does not share. 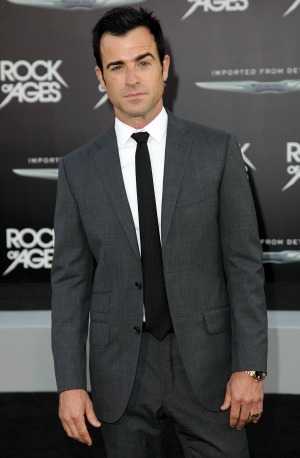 Justin Theroux and Jennifer Aniston are a beautiful couple and have arguably one of the most high-profile relationships in the world.

Thus, it seems only natural that they would have to make a few minor adjustments in their lives to be together, forever.

Theroux revealed to GQ magazine, “It’s a bit like going to a slightly different altitude, you know?”

Although, dating a star as successful as his fiancée has certainly been challenging and Theroux admits he has still not gotten used to all the paparazzi.

“I call them photojournalists, actually,” he says, noting that it’s strange “when I get complimented on the street because I’m having twins.”

The couple share a lavish mansion in Bel Air, which they moved into late May after their renovation work, which leaves the mansion worth a whopping $21 million!

However, there were a few things belonging to Theroux that were not allowed to move into the mansion with him, because his fiancée forbid it.

The items in question relate to a rather strange collection of old human teeth and waxwork throats. Among the Wanderlust actor’s collection includes wax models that show the effect that sexually transmitted diseases, such as syphilis and gonorrhea, have on the throat.

Theroux told GQ, “I have these beautiful wax-museum pieces — handmade, from the 1800s — from a museum of curiosities. They’re just these open mouths, with tongues, and in the throats are different stages, labeled, of syphilis and gonorrhea and whatever.”

“I also have a dentist who saves [teeth] for me. People think they’re little mints —’Don’t eat the teeth!'”

While the unique items may not have found a home in the couple’s 8,500-square-feet mansion, Theroux was not ready to get rid of them and has relocated them to his office.

Theroux explained, “Those definitely found a great place in my office in LA. They weren’t going to be above the fireplace anytime soon.”

However, the couple did inherit something extra when they moved into their mansion — chickens!

Theroux said, “We inherited the chickens from the previous owners.”