With an ultimately positive intention amidst its controversial title, Spears reinvents her style yet again with this club-ready hit. 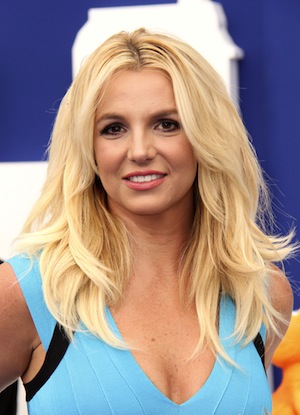 Yes, I already called it a hit. But it’s Britney-bleeping-Spears. Can she make anything else?

Let me refrain from Spears-worship to make one claim:

I definitely was disappointed when the song first started out. Why? Because it sounded like a music sequence the guys over at CSI: Crime Scene Investigation used to prompt their lab scenes. You know what I’m talking about — or at least you will.

Music crazy? Get all your updates right here by signing up for our newsletter! >>

Aside from that fleeting disappointment, I was impressed by the degree of variation she put into this song. She even managed to drop a British accent, while commanding respect in my eyes because her song’s ultimate message is an admirable one.

Look at Britney’s bod through the years here! >>

Folks, it’s about time the veil over celebrities was dropped. And by that I mean that in order to get to the level of success you see them bask in, it usually means they worked their butts off to get it. And Spears’ latest single promotes that you “work” to get what you want.

It’s an encouraging song, even though it’s not going to go down as her most infamous single. It’s more than enough to build momentum for her latest Las Vegas announcement. Sounds like the “Baby One More Time” star has struck gold again, and it’s only looking up for her these days.

What Vegas announcement? Catch up on your Britney news here! >>

Well-deserved, by her own standards as indicated in her lyrics. Spears has always put in the work and that is likely why she is reaping the benefits!

A club-banger with deadly bass drops, I’d bet you’ll be more than inclined to like this! She’s daring with this song, and pushes boundaries while reinventing herself in yet another way, complete with alter egos. All I know was that by the end of the song I was eating my own words. The song was less CSI and more Transporter soundtrack.

Curious? (See what I did there?) Go check it out.