He’s one of TV’s most beloved actors. Michael J. Fox is returning to America’s living rooms this season and facing his illness head-on. 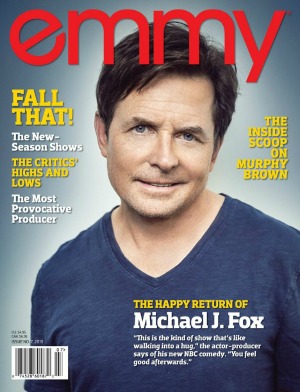 One of the most highly-anticipated shows of the fall season is NBC’s new show The Michael J. Fox Show. It marks the actor’s full-time return to television after his exit from Spin City back in 2000 due to his Parkinson’s disease diagnosis.

In the latest issue of emmy magazine, the 52-year-old actor talks about his career and his battle with Parkinson’s disease.

The NBC star shared why he still dabbled in acting with guest spots on shows like Curb Your Enthusiasm, The Good Wife and Scrubs after he left Spin City.

He said, “When I was diagnosed with this in 1991, they told me I had 10 years left to work. The guest shots were a proving ground. I was putting my toe in the water, thinking, ‘When do I drown, and when does that shark come?’ And the shark never came. So I said, ‘Well, screw this! I have the chance to do a show. Why am I not doing what I do?'”

His new sitcom will focus on Mike Henry, a New York City TV reporter who is also suffering from Parkinson’s disease. While the show will tastefully address the issue, it won’t be the primary focus of the storyline.

The five-time Emmy-winner elaborated on some of the criticism about making light of Parkinson’s disease. 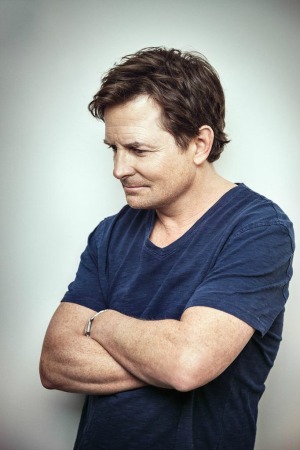 The dad-of-four shared, “On rare occasions, people say, ‘How can you laugh about this?’ Well, what’s the other option? Crying about it, which doesn’t make sense to me. If you laugh at something, you take the sting out of it — you take the power out of it. I’m not making fun of Parkinson’s — or even myself. I’m just saying, these are the realities of my world, and this is how I choose to look at it: through humor.”

Fox will also be back on The Good Wife this season. Star Julianna Margulies is thrilled about his return.

She told the magazine, “He’s someone you want around, and he honestly makes everything better. I’m jealous of all the actors and crew members who’ll get to work with him every day.”

Even his former colleagues still rave about him. Connie Britton reminisced about working with Fox back in the Spin City days.

“Michael was so generous and fun and inclusive. It was incredible to watch him work and see his natural knack for comedy. Every day I was in awe,” Britton said. “And the fact that he’s doing a sitcom right now, with his physical condition, is just mind-boggling. He is such an inspiration for humanity and the power of the human spirit.”