Many Americans would be excited to say Alicia Keys has been in their home. But for one New Yorker, the party came as quite the surprise. 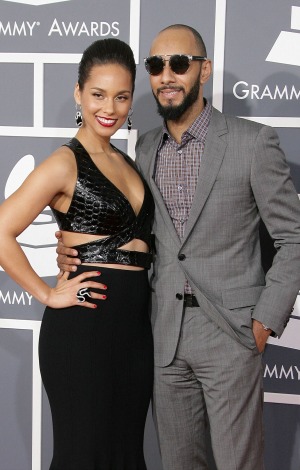 While it might normally be terrifying to wake up with strangers in your home, for one Hampton woman, it was a delight.

A woman told Page Six the homeowner woke up last week in the middle of the night and heard a party downstairs. As she went to see what was going on, she was surprised to find singer Alicia Keys along with her husband Swizz Beatz and plenty of other revelers. The woman wasn’t alarmed at first because she had expected partiers at her home that night.

“There was a woman upstairs in the bedroom at the house, and she heard noises downstairs,” a source told the paper. “The woman’s daughter, a recent college grad, and her friends had been ‘pregaming’ earlier in the night before going out, so she assumed that the noise was that they’d all returned home.”

The woman instead found Keys and “a number” of other people in her kitchen, and was startled, the source said.

A friend of Keys’ confirmed to Page Six that it was indeed Keys and her husband who were accidentally in the home. The couple made the mistake because they have been renting a home in the neighborhood, and they mistakenly came home to the wrong one.

Alicia Keys to rock out during NBA All-Star weekend >>

“They were confused and accidentally entered the wrong house,” the source said. “At first she was a little freaked out, but it turned out it was Swizz and Alicia and their entourage. They’d rented a house nearby.”

The story seems fit for a movie, and in fact is the exact opposite of the premise of The Bling Ring, a film (based on a true story) about people breaking into celebrities’ homes.

In the end, there was no harm done, and the woman apparently found the whole situation humorous. The neighborhood features upscale homes to many celebrities, including Christie Brinkley and Jason Kidd, among others.