The rumor mills are turning with claims that Liz Hurley and her fiancé Shane Warne may sadly be calling it quits after distance becomes a major problem. 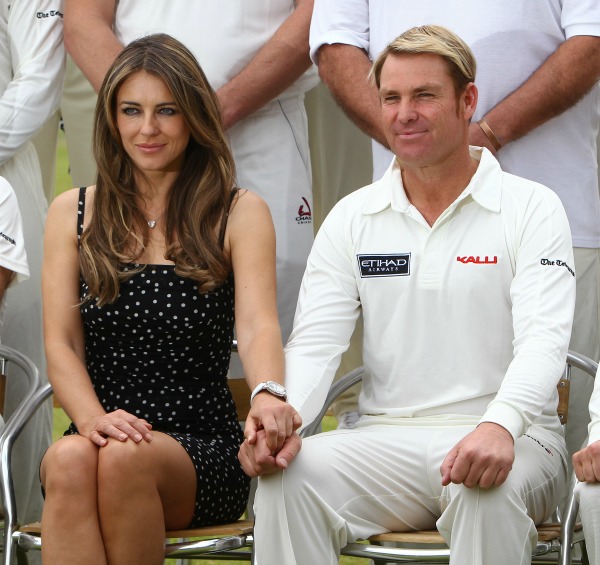 Heartbreak in Hollywood! The rumor mills are circling again and this time the speculation has fallen on Liz Hurley and Shane Warne, as reports have surfaced that the couple may have split up.

The Gossip Girl actress and the cricket legend have reportedly ended their three-year relationship — and two-year engagement — as their careers have started to strain their relationship.

It cannot be easy being in a relationship in which both partners have a demanding and intensive traveling career — Hurley is based in the U.K. and Warne is based in Australia — and it appears the distance has become a serious problem for the couple’s once loved-up romance.

A source told to The Sun newspaper, “They have been so loved up and have tried to make it work, but the distance has been a huge issue.”

“Work commitments mean they both spend so much time traveling they have hardly spent any quality time together.”

The source added, “Shane is devastated.”

The couple first started dating in 2010 and were snapped together outside a London restaurant, which later led to Hurley’s announcement that she would be divorcing her husband of four years, Arun Nayar.

It was not long after Hurley’s announcement that Warne made a similar one of his own, saying he and his wife Simone Callahan would be getting a divorce.

If recent rumors of a split are true, not only will the bombshell be suffering from heartache over the ended romance with her beau — she has also become close and taken on the role of stepmother to Warne’s three children — Brooke, Summer and Jackson.

The couple are known for their public affection and loving tweets. However, they have not mentioned each other publicly for more than three weeks now.

The source added, “Conducting a relationship from other sides of the world has proved extremely difficult. While they love each other very much, things have been strained.”