Ben Affleck has proved he has a tough skin when it comes to critics and revealed he’s unfazed with the backlash he has been receiving from Batman fans. 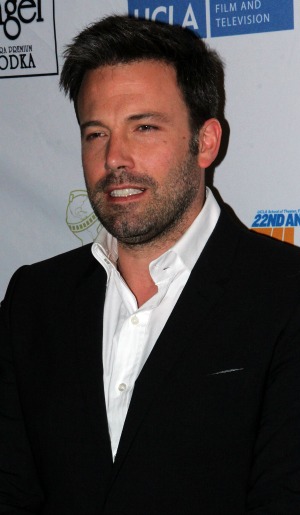 Ben Affleck hasn’t had it easy since the announcement that he would star as the new Batman!

Affleck has faced backlash from Batman fans worldwide, who have expressed their concern that the actor will be cast as the caped hero, opposite Henry Cavill as Superman, in Zack Snyder‘s Man of Steel sequel, due for release in 2015.

However, Affleck is not letting the critics get to him. Why? Because, he can “handle s***.”

Speaking out recently on Late Night with Jimmy Fallon, Affleck made his first public appearance to address the negativity he has been receiving online and reveal how he has developed a thick skin toward criticism.

“So I saw the announcement, I look at the first comment and it’s like ‘Ben Affleck is going to be Batman‘ and the first one goes ‘NOOOOOOOOOOOOOO!’

The most recent Batman star was played by Christian Bale in Christopher Nolan’s The Dark Knight trilogy. Nolan’s Batman character will differ from the one portrayed in the Man of Steel sequel.

Affleck revealed how he was skeptical of the role at first, saying, “I thought ‘Well I’m not 25 man and are you sure about this?’ And they said come down we want to show you what we’re doing and it was incredible… Zack [Snyder] had this incredible take on it.”

“Obviously, you can’t do what Christian [Bale] did, those movies are awesome, amazing so he wants to do something different but still in keeping with that so I thought I… This is a brilliant way to do this; I really know how to hook into this.”

Luckily, this is not the first time the Argo filmmaker has received an uproar about the projects he was involved in. For this reason, he is not fazed about what the critics have to say.

Having been a fan of the Batman character for a long time, the actor is certainly looking forward to the role. It appears he has the constant support of the Warner Bros. producers, who even scheduled a meeting with him to remind him to ignore the negativity.

Affleck told Jimmy Fallon, “The people from the studio were like ‘We’re thrilled… and listen we want to talk to you because people go through this process and it can be a little trying.'”

“They said, ‘We want to show you some of the reactions that past cast members have got on the internet.'”