These TV moments left us in awe. The left us stunned, and even amazed. But most of all, they left us wanting more. Now you can relive all over again these 10 TV moments that made history on the small screen. 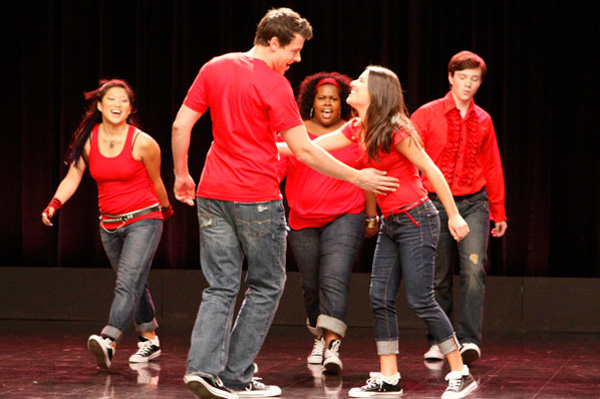 How many of us hung out at the mall during our youth? Robin Scherbatsky (aka Robin Sparkles) did, and her memorable music video in the show’s second season showed us all the glory of going to the mall dressed in jelly bracelets and graffiti coats.

Scandal has given us many OMG moments, but one of the biggest is when Olivia’s affair is exposed. Walking out of her apartment, she’s greeted with reporters and cameras shoved in her face. “How long have you been sleeping with the president?” they ask.

The first episode of the first season is one of the most groundbreaking episodes of all time in TV history. In the episode, “Days Gone By,” Rick searches for his family in what he soon discovers is a world terrorized by walking dead people. Although zombies have long been a part of popular culture, The Walking Dead brought something new to the table. We knew the series would be something unique to television when in the first scene, Rick hears footsteps and notices a little girl dressed in pajamas carrying a teddy bear. When he calls out to the child, she turns around and reveals her zombified face. As she makes her way slowly toward Rick, he reaches for his gun and puts a bullet in her forehead.

The concept isn’t new — a single girl living in Los Angeles with single male roommates. But one of the first scenes in the series grabbed our attention and reeled us in. Jess Day, played by Zooey Deschanel, is completely naked singing and dancing for her boyfriend when she finds out her boyfriend is cheating on her in her own home. We immediately become invested in her story, as she embarks on a mission to find a new place to live — a moment that kicks off this hilarious series.

Out of all the musical numbers Glee cast members have performed, probably the most memorable song to date is “Don’t Stop Believin’,” which was featured in the pilot of the show and ultimately gave the show a running start. The Glee performance reached No. 4 on the Billboard charts and since airing, has sold more than 1 million singles.

There are many memorable moments in the history of Family Guy, but none compares to the Star Wars-themed episode. As the Griffin family is watching TV, the electricity goes out — causing Peter to retell The Empire Strikes Back story — only using the show’s characters as substitutes for the real Empire characters.

It’s difficult to pick one moment from this series, but it’s even more difficult to pass up the death of Gus — one of the most complex villain figures in television. In season four’s episode, “Face Off,” we find out Gus is actually missing half his face — giving appropriate meaning to this episode’s title.

Through much of the first season, viewers were left wondering why the queen hated Snow so much. At the end of season one, we learn why. In this top moment, we find out the queen’s true love was killed by Snow’s mother — explaining much of the hate.

Prom episodes — especially when the characters are adults — can be somewhat of a cliché. But when Izzie’s beloved Denny dies in the second season finale, this prom-themed episode ends up being a beautiful moment in the history of the series. Alex, who we grew to dislike somewhat because of his jealousy and selfishness at times, comes through — he is the only one to console Izzie in her time of grief, scooping her up in her pink prom dress and holding her in his arms as she weeps.

Refreshing and unique, It’s Always Sunny in Philadelphia provides many top TV moments for its loyal viewers. One of the funniest moments during the series is in the “Mac is a Serial Killer” episode when Danny DeVito is brilliant as Frank, figuring out Mac is the serial killer and deciding he’s going to take care of the problem. Dennis and Dee also are hilarious — trying to use their education to get in the mind of a serial killer, causing them to dress as a painter and psycho clown.

Want to relive these great TV moments? Each one of these series — plus many more — are now available for streaming on Netflix!