The first preview video for Supernatural Season 9 has been released and, though it’s short on time, it’s long on information… depending on how hard you study it. 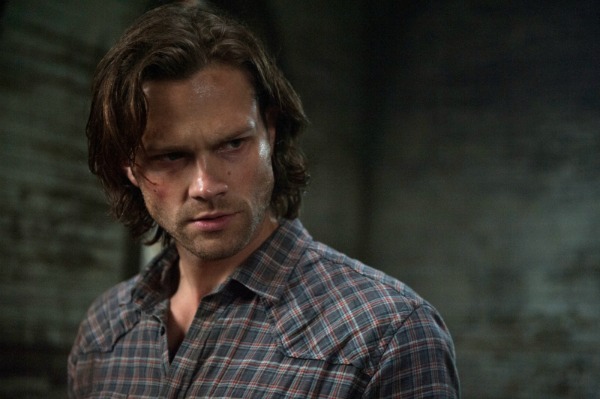 With just over a month to go before Supernatural premieres its ninth season, fans are eager to get any tiny bit of information they can about the upcoming episodes. By late summer, the only information around was gleaned from interviews, clips from Comic-Con and a few photos taken on location.

Recently, The CW finally gave fans their first real look at the new season when they released a brief preview video. The teaser clocks in at just over 20 seconds and yet, when watched carefully enough (and repeatedly), does seem to reveal some tantalizing hints about what fans can expect to see in Season 9.

5 Things the Impala could do in Supernatural Season 9 >>

Hints from the preview:

Sam is going to be in very bad shape

Sam (Jared Padalecki) was definitely not doing well at the end of last season’s finale and, judging by the preview, he’s going to be suffering greatly from his attempt to close the Gates of Hell. But Sam isn’t just sick, he’s apparently got an ailment that only God can cure.

Abaddon is back and she’s not happy

In the video, Abaddon is back and demanding that all the angels with their clipped wings need to bow to her. It might seem that she will be the new big baddie of Season 9, since Crowley (Mark Sheppard) is still tied to a chair in the video. One question that comes time mind is: How did Abaddon get all her bits and pieces loose from their cement graves?

Dean will talk to Sam in an alternate universe

This one might be a stretch, but in the video Sam and Dean are having an intense conversation when Sam declares “there is nothing to fight for.” It could just be the way it looks because the clip goes by so fast, but the wooded area they are chatting in doesn’t look, well, normal. Could it be that Dean (Jensen Ackles) had to jump into Sam’s head to get him to fight?

There are two other bits of the video that seem to support this theory. One is the part where Ezekiel (played by guest star Tahmoh Penikett) is seen putting his hand on both Sam and Dean’s foreheads. Could he be attempting to connect them so that Dean can talk to Sam? The second is Death coming to visit Sam, which would greatly suggest that he will be spending some time in an alternate universe.

What did you think of the Supernatural Season 9 preview video?