It’s official: Miley Cyrus and Liam Hemsworth are dunzo. We explore the young couple’s tumultuous timeline to try to pinpoint the beginning of the end, leading us to wonder… was it the twerking or the wrecking ball that broke the relationship’s back? 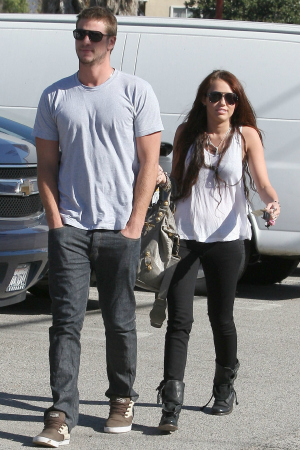 In 2009, Miley Cyrus starred in a little movie called “The Last Song.” You might remember it… it was based on the bestseller of the same name by The Notebook author Nicholas Sparks and, like most of his work, included a romance fraught with complicated emotions. Yep, Cyrus and Liam Hemsworth had relationship issues before they even started dating! In the film, then 17-year-old Cyrus plays “Ronnie,” a troubled teenager spending the summer with her estranged (and terminally ill) dad, and Hemsworth plays the local hunk who teaches her to let her guard down and fall in love. Naturally, life imitated art, and the two started a romance. Because that always works out so well for costars-turned-couples, right? 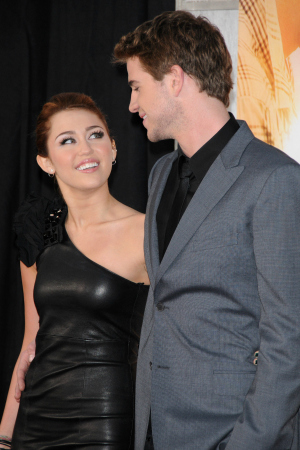 Oh, to be young and in love! The novelty, the excitement… the breakup? Cyrus and Hemsworth set an early precedent for the ensuing roller coaster romance by splitting after only a year. Rumors swirled that Cyrus was getting cozy with her LOL costar, Adam Sevani, and that Hemsworth was making waves with a young woman he met at a surf competition. But it wasn’t the first sign of trouble in paradise for the two. There were a few hypersexual music videos, followed by that pesky leaked video of Cyrus giving a 44-year-old producer a lap dance. Cyrus also made off-color comments about her supposed sweetie to the press, saying — among other things — that his taste was “odd.” Hmm, we were thinking the same thing when news of their relationship first broke. 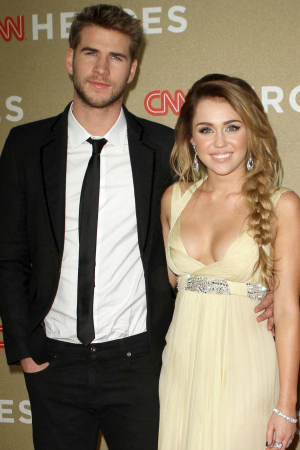 Shortly after Cyrus and Hemsworth went their separate ways in 2010, Cyrus decided to — as they say — sow some wild oats. Or should we say smoke some wild oats? Yep, Hannah Montana was caught (on camera, no less) taking hits off a huge bong. She said it was the legal, albeit hallucinogenic, herb salvia. To cement her new raucous status, Cyrus followed up the controversy with several more: calling Urban Outfitters “shady” and “against gay equality”; sounding off on the Casey Anthony case; going on-record about how all 18-year-olds “experiment” and “explore their sexuality; and joking about smoking “way too much weed.” Somewhere in the media melee, she and Hemsworth hooked back up, leading everyone to think that — if he could weather all of that — the two could potentially be in it for the long haul. 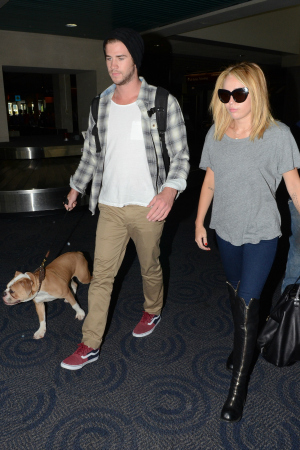 Just when you thought Cyrus was all shenanigan-ed out, the starlet made headlines again for getting frisky with Hemsworth’s, ahem, well-endowed birthday cake and, shortly after, starting a Twitter holy war by quipping, “Forget Jesus. Stars died so you can live.” Still, Hemsworth proved he loved Cyrus — outrageous antics and all — when he put a ring on her in June. The couple then remained relatively unscathed for much of the rest of the year. She chopped off all of her locks into her now signature punk pixie, and the two posted all kinds of lovey pictures on Instagram with their precious pups. When they kept accidentally calling each other “my husband” and “my wife” in interviews, the rumor mill ran amok that they had tied the knot. The two seemed so enamored that Cyrus reportedly punched some dude in Hemsworth’s defense, he donned a unicorn costume to be in a music video with her (now that’s love), and he got a tattoo that coordinated with one of hers. Of course, all good things must come to an end, and the end of 2012 included reports that Hemsworth was getting all hot-and-bothered with a hot blonde. 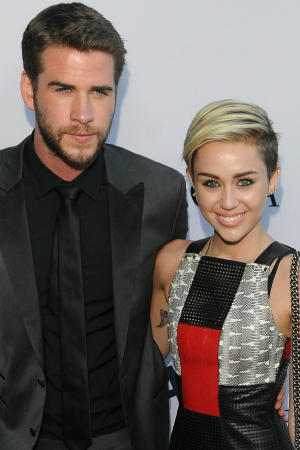 Cyrus and Hemsworth forged into this year with a decidedly united front. In January, Cyrus appeared braless in a blazer on the cover of Cosmo for an interview in which she vowed of her priorities, “Number one is my relationship with Liam.” And it’s pretty much been downhill from there. By March, she had ditched her engagement ring and was hitting the Los Angeles party circuit hard. Did we mention she posted a video of herself twerking in a unicorn costume? With Cyrus heading down a divergent path from her clean-imaged fiancé, everyone from his brothers to his publicist weighed in on the relationship… and we can’t imagine any of the naysayers were all too thrilled about the release of Cyrus’ racy “We Can’t Stop” video, or the Justin Bieber romance rumors. But, as we all now know, we hadn’t seen anything yet. By all accounts, Hemsworth was mortified by Cyrus’ now infamous VMA performance. Naturally, she followed it up with the release of her hypersexual “Wrecking Ball” video. With Cyrus herself admitting she “has issues,” it seems clear that Hemsworth may have dodged a bullet —both personally and professionally — by breaking off the once-cute couple’s engagement.