Just after the 50th anniversary of the March on Washington, comedy great Bill Cosby opens up about his success. And why he believes anyone can achieve what they want. 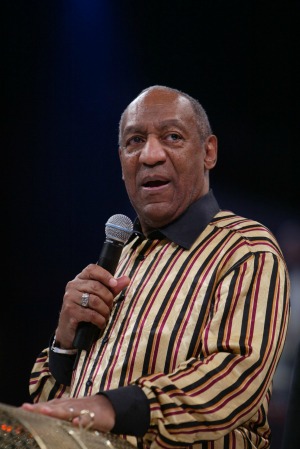 Bill Cosby has never been one to shy away from his opinion, and he opened up about the current state of race relations in an interview with Don Lemon on CNN on Saturday. The comedian spoke about a group he called “no-groes”, and encouraged other African-Americans to take responsibility for their lives, their families and their own education.

Lemon asked Cosby to comment on the future of black leadership just after the 50th anniversary of the March on Washington.

Which of these family TV shows from the past is your fave? >>

“I think it has to come from the universities,” Cosby said, adding that that includes all universities. “Okay, you backed up and didn’t do well. You quit school but now you find you need that high school credential. Go to the community college.”

Cosby also had some words for fathers, telling them it’s time to “take on that responsibility” of loving and taking care of their children. The actor has certainly commented on parenting before and, in fact, has built his career off of it.

Cosby went on to talk about a few more issues African-Americans are facing these days, but then interrupted himself.

“Now, about this time, this is when you hear the ‘no-groes’ jump up and say, ‘Why don’t you talk about the good things?'” he said.

Cosby pulled himself out of what could have been a bad situation and become one of the most successful comedians of his generation. He wants to make sure other young people in his situation know they can make something of themselves.

“The reason why I’m giving you this information is because I was living in the projects,” Cosby said. “I was not taking care of myself in terms of managing my education, and once the door opened and I saw quote, unquote, the light, I started to become very successful.”

Lemon caused controversy earlier this year when he suggested a “five-point plan” to fix the black community, according to the Huffington Post. Ironically, some of his points lined up with Cosby’s, including finishing school and not having children out of wedlock.