Aladdin is venturing to a whole new world. The classic story is heading to Broadway. Disney Theatrical Productions have announced the cast and dates for its New York debut. 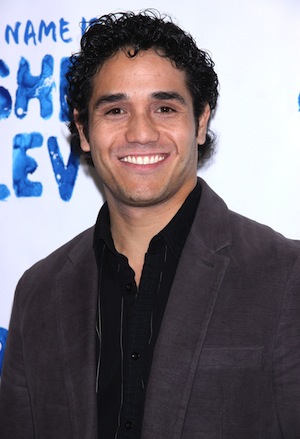 Disney is no stranger to Broadway. They’ve adapted several of their big-screen hits for the stage. Now following in the footsteps of The Lion King and The Little Mermaid is Aladdin! The musical previously ran in Seattle and is making the leap to New York and Toronto.

According to EW, Disney Theatrical Productions has unveiled the show’s full cast. The title role of Aladdin will be played by Adam Jacobs (pictured), who previously starred in Les Miserables and The Lion King. He’ll be joined by Courtney Reed as his love interest Jasmine. The actress is best known for appearing in Mamma Mia! and In the Heights.

Aside from Aladdin himself, the most pivotal role is Genie. He’s the one who teaches Aladdin about magic and friendship. James Monroe Iglehart will tackle the vibrant character, who was voiced by Robin Williams in the animated film.

Iglehart is a huge fan of Williams’ comedic work. But don’t worry, he isn’t trying to copy Williams’ style. “I’ve loved this role since I was 17 and I first saw the cartoon. I just wanted to come at it a little bit different. It would be stupid to try and recreate Robin Williams,” he said. “I know to re-create someone’s work is like performing suicide.”

Aladdin’s arch nemesis Jafar will also appear in the stage production. He’ll be played by Jonathan Freeman, who’s reprising the role. He voiced the villain in the 1992 feature.

Disney’s Aladdin will be directed and choreographed by Casey Nicholaw (The Book of Morman). It will officially premiere Nov. 21 at Toronto’s Mirvish Theatre. After that, they’ll head to Broadway for previews starting Feb. 26 at the New Amsterdam Theatre.