Chloë Moretz is the latest celeb to fall victim to a group who specializes in hoaxes. But this time, the actress took to Twitter to fight back. 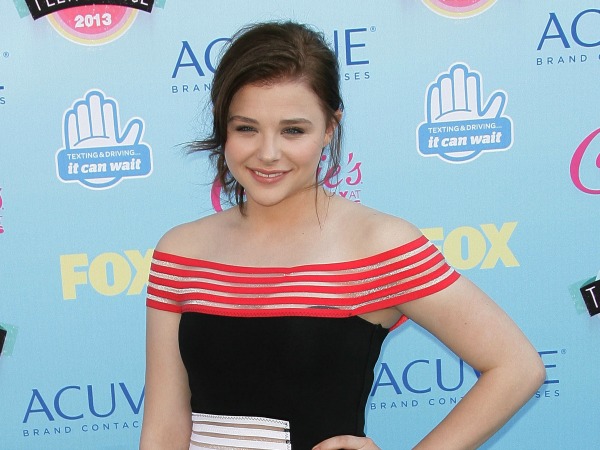 Chloë Moretz became the latest victim of an online death-hoax over the weekend, and she was not pleased at all. The Global Associated News, a group that has reported other fake celebrity deaths in the past, chose the 16-year-old actress as their latest victim.

The story said Moretz died after being involved in a snowboarding accident in Switzerland. The actress quickly took to Twitter to display her anger over the rumor, and how it had affected not only her life, but the lives of her loved ones and fans.

The group really should have known better than to mess with the girl who played the foul-mouthed pre-teen in Kick Ass.

The hoaxers did some research before implementing their plans, because Moretz has been in Switzerland the past few days. But, like she said, she was definitely not snowboarding.

On Monday, she Instagrammed a farewell photo, with the caption, “Zurich. You will be missed.”

Other celebrities who have been targets of the website include Eddie Murphy and Vanilla Ice, among others.

Moretz has had to grow up very quickly. She appears on both W and Seventeen magazines this month, and will be starring in the remake of Carrie out next month.

Moretz’s brother, Trevor, admitted to W magazine he saw her acting talent before anyone else. At the age of four, he dressed her up and gave her a role in a film he was making.

“From the beginning, Chloë was completely comfortable with the camera,” he told the magazine. “Even as a tiny child, she had something.”

Trevor is helping his sister conquer the world of acting, one movie at a time. Carrie will be in theaters Oct. 18.