Bob Newhart has been in the business longer than many actors have been alive. But after five decades, he can finally call himself an Emmy Award winner. 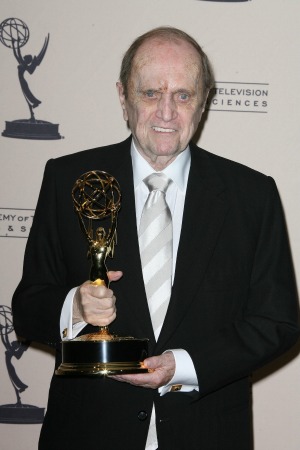 Fifty-one years after Bob Newhart began in television, he can finally call himself an Emmy Award winner! The iconic actor took home the award Sunday night at the Primetime Creative Arts Emmys.

Though Newhart has starred in numerous shows, including The Bob Newhart Show and Newhart, he never took home the coveted TV award. His win may come as a surprise to many, because it was for a guest spot. Newhart won for Outstanding Guest Actor in a Comedy Series for his part in The Big Bang Theory.

When Newhart walked onstage, he was greeted with a well-deserved standing ovation.

“I was totally unprepared for that,” he said after the show.

While the 2013 Primetime Emmy Awards air this Sunday, Sept. 22, the Creative Arts Emmys generally air a week before. They celebrate behind-the-scenes people, but according to Entertainment Weekly, they also award the guest actors of the year.

Newhart thanked his family, as well as the Big Bang Theory cast, “who really threw themselves on the sword for me.” The cast was equally excited over Newhart’s win.

The 84-year-old was thankful for his award, and doesn’t seem to have any hard feelings about it taking so long to win the award.

“The best answer to that really is whenever I was nominated, there were better people in the category than me,” he told EW. “That’s the truth. The best person wins. That’s the way it is.”