Jaden Smith has some pretty strong opinions about the formal education system for someone who doesn’t participate in it. 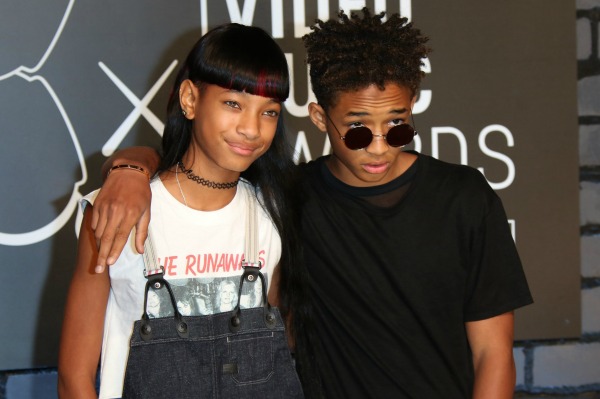 Most teenagers think they know it all, but Jaden Smith is taking it to the next level. The child star says formal education is worthless and that kids should drop out of school to get some real smarts in the School of Life.

The actor-rapper-dancer, who at the ripe old age of 15 obviously knows everything there is to know — and is reportedly dating Kylie Jenner — told fans on Twitter that school is for fools and the world would be better off with a population full of dropouts.

Will Smith’s no discipline plan for raising kids >>

“All The Rules In This World Were Made By Someone No Smarter Than You,” he wrote on Sept. 9. “So Make Your Own.”

A few days later, he followed up with a more direct criticism of formal education.

“School Is The Tool To Brainwash The Youth,” he wrote, obviously not having been brainwashed into using capitalization correctly. “Education Is Rebellion. If Newborn Babies Could Speak They Would Be The Most Intelligent Beings On Planet Earth.”

“If Everyone Dropped Out Of School We Would Have A Much More Intelligent Society.”

Smith’s own educational history is spotty at best. He and sister Willow were home-schooled for several years, then attended the New Village Leadership Academy, a school founded by his parents Will and Jada Smith with a curriculum heavily influenced by Scientology, until it shut down in June 2013. He and his sister are now reportedly being home-schooled again.

While his parents have yet to address his comments, mom Jada yesterday had some musings about life of her own.

Do they or don’t they? Jada Pinkett Smith talks open marriage >>

“We continually forget that life is about discovering ourselves and our purpose,” she wrote on her Facebook page. “We spend so much time criticizing one another for the decisions or inevitable pitfalls along the way that we forget that making mistakes, falling, failing and getting up again is exactly what life is about. Instead we try to use criticism as a way to pretend that we don’t fall, we don’t make mistakes or struggle, we pretend we have it all together, when we don’t. None of us have it all together. At some point I hope we all get to what’s real and surrender to the fact that we are all in the same boat, discovering and trying to figure out this thing called life so we might as well support each other along the way.”

“Just remember, you’re good, no matter what anyone else says,” she added. “You are right where you need to be today. Keep living. The answers will come and be patient with yourself and others while we all… discover.”