Miley Cyrus and Liam Hemsworth are used to questions about their relationship. But if Cyrus unfollowed her fiancé on Twitter, is that proof they are in trouble? 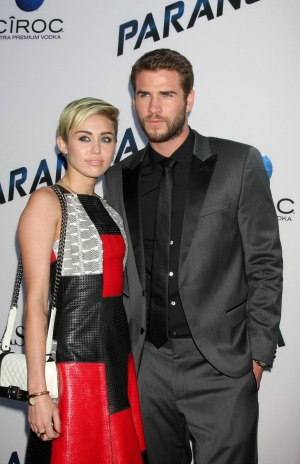 It’s the age of social media, and one little push of a button can say so much about a relationship. For Miley Cyrus and Liam Hemsworth, an unfollow on Twitter may be proof that things are not OK in paradise. According to E! News, the “We Can’t Stop” singer has unfollowed her fiancé.

However, according to the Huffington Post, no one can remember whether Cyrus ever started following Hemsworth after he joined Twitter in June.

Liam Hemsworth has night out without Miley Cyrus >>

The couple has been rumored to be in trouble for a while, but they have kept their brave faces on and have stated time and time again that they are OK. Things went into a tailspin, though, after Cyrus’ performance at the MTV Video Music Awards. Hemsworth reportedly was not happy with the stunt, and he has become worried about how Cyrus could affect his film career.

But there have also been rumors of cheating. Within a week, there were two different reports of infidelity on Hemsworth’s side (one that mentioned January Jones). While he lives in the public eye and Cyrus must be used to gossip about him, the timing of Cyrus’ unfollow could have something to do with those new rumors.

“It’s sad that these rumors won’t go away because their foundation is already so shaky,” a source told HollywoodLife.com. “Miley wants to believe that Liam’s not cheating on her but they spend so much time apart and fight so much it’s hard for her to know what to believe.”

The couple has faced scrutiny from all sides ever since they started dating. Hemsworth’s family has reportedly never been happy with the relationship. It also doesn’t help that the couple has not made any obvious attempts to start planning their wedding. They were last spotted out together at the Los Angeles premiere of Paranoia in August but were reportedly very distant from each other.

As of Sunday, Sept. 15, Hemsworth is still following Cyrus on Twitter.