We get it. It’s a show about characters, but let’s not pretend they’re all great. Some we’d love to see make it to Season 2. Others we could definitely do without. 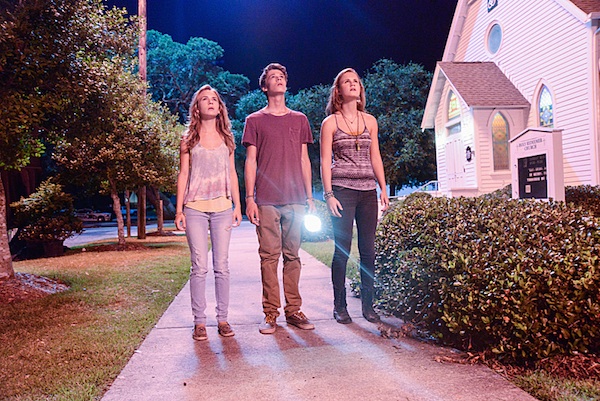 The season finale of Under the Dome is coming this Monday. With the promise of a Season 2, the show needs to work on some things before it returns. Namely, its characters. Some we find interesting. Others we’re ready to see disappear.

Girl has got spirit! Yeah she’s also got a healthy dose of teen angst, but she manages to realistically balance it with her compassion for her moms and her crush on Joe. She’s endearing without making us roll our eyes at her. Though she has perfected the eye roll! We like her even more because she’s smart and keeps her head about her in tough situations.

Barbie (Mike Vogel) is the typical hero with an edge. He’s clearly the guy who’ll save the day with just the right amount of bad to make us swoon. He’s the strong, silent type who doesn’t give too much away. We still don’t know all about his past, and we’re interested to find out more. Something tells us the military conversation Dodee heard will uncover a few more secrets in Barbie’s past.

Do we like him, or do we hate him? We can’t answer that question, which is the main reason why his character’s so interesting. My, how the tables have turned. In the first few episodes, we were sure he was the bad guy. Now we think he might just be misinformed. He genuinely seems to mean well. He thinks he and Angie are soul mates and wants to believe the best of his father. Yeah, his actions are kinda stupid, but he’s also endearing in a lost puppy-dog sort of way. He could cross over to the dark side permanently. Or he could be a good guy. We’ll watch to find out.

He’s had it good for way too long, and now it’s time for him to go. After the first couple of murders, we got it. He’s the bad guy. And then the killings kept coming. And then he killed more people. And now we’re over it. He just offs anyone who gets in his way, which doesn’t make for clever TV. At all. It’s too easy. No one ever gets away from him. People are finally starting to catch on to bad Big Jim, and the dome wants him dead. Honestly, we’re ready for it.

At first, the girl had promise. She was a little bad and a lot snarky. But where Norrie pulls it off in a way you appreciate, Angie is just annoying. Plus, in the last couple of episodes, most of the sentences out of her mouth have been delivered in a guttural, screaming way that is like nails on a chalkboard. Whoever told this girl that screaming all your lines like a banshee is the way to an Emmy was way off the mark.

She’s kinda the most useless sheriff in the world. Dome aside, this girl is helpless without Barbie or Big Jim to tell her what to do. She’s very easily manipulated and always seems to take the wrong approach when bad situations arise. Sure, she means well, but it’s time for Linda to step aside and stop trying to be cool. She just isn’t going to be cool.

Which characters do you want in Season 2 of Under the Dome, and whom could you live without?

21 hrs ago
by Julie Sprankles