It’s official! On Saturday in Italy, model Chrissy Teigen wed her boyfriend of six years, Grammy winner John Legend. Get the inside scoop on their nuptials! 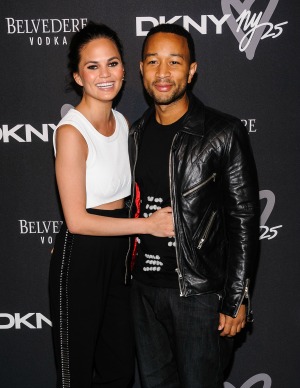 The rumors were flying about all during New York Fashion Week. Were John Legend and Chrissy Teigen finally tying the knot in Italy this weekend? Well, the rumors turned out to be true, as the singer and his model girlfriend walked down the aisle on Saturday in Lake Como.

E! News had the first grainy photos, which showed the couple engaged in a moment of laughter and smiles in front of their minister. Their vows appeared to have taken place on a balcony surrounded by a stone railing.

The Sports Illustrated model looked gorgeous, with her hair softly swept up in a bun and pearl drop earrings adding a simple statement to her strapless Vera Wang gown.

“There’s nothing like putting on a Vera. The difference is so amazing. You feel like a princess,” she told Us Weekly earlier this year.

The couple, who started dating in 2007, got engaged in December 2011 during their Maldives getaway.

While Teigen was not a bridezilla, she had one thing in mind while planning her nuptials.

She told E! News, “I’ll tell you this — the ceremony will be short.”

One other tidbit of information she gave to the hosts over at E!’s Fashion Police was her choice (or lack) of undergarments for her wedding.

“No way! I don’t even wear it with this sort of stuff,” explained the 27-year-old in reference to her cocktail attire for her show appearance.

That really should come as no surprise to anyone who follows Teigen’s career since she’s infamous for posting nude selfies on her Instagram and Twitter accounts.

There is no word on where the couple plan on honeymooning after today’s ceremony, but we bet it will involve very little clothing.