Drake wants us to live up to our potential and never rest — or at least that’s what he says in his new song, “Too Much.” Check out his new track. 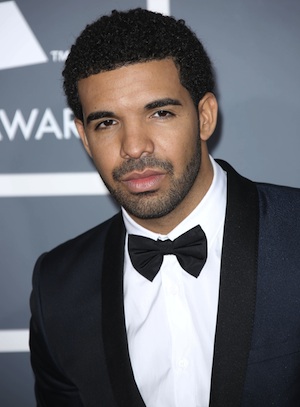 Toronto rapper Drake took to the airwaves on Friday to debut the new song “Too Much” from his upcoming album, Nothing Was the Same.

Appearing on Late Night with Jimmy Fallon, Drake teased the song by telling Jimmy and the audience that he was going to play a song that “nobody’s heard.”

Before Drake started his performance, he stated, “Before I do this song, I just want to say to my friends and family, ‘I want the best for everybody, and I love you all.'”

The song starts out with a smooth vocal from London-based singer-songwriter Sampha before Drake begins rapping about the pitfalls of being a star.

“Most people in my position get complacent,
Come places with star girls, end up on them front pages.”

Kanye, anyone? Or perhaps is that a thinly veiled jab at his archenemy, Chris Brown?

In the second verse, Drake turns his attention to his hopes for his family.

It’s a nice change of pace for a rap song to be inspirational. It’s as if Drake knows there’s more to life than money and fame.

Does Walgreens owe Drake for YOLO? >>

Here’s hoping that you’ll keep having fun for a long time, Drake.

Drake’s upcoming album, Nothing Was the Same, is due out Sept. 24.

Drake’s “Would You Like a Tour?” with Miguel starts in October. Check out the new song, “Too Much,” and tour dates below.