Kanye West has been charged for an alleged attack on a paparazzo back in July. But is he a criminal, or was he just trying to protect what is his? 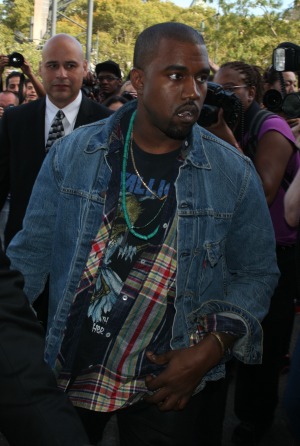 Kanye West is in a whole new world of trouble after allegedly attacking a photographer at Los Angeles International Airport back in July. According to TMZ, West has been charged with criminal battery and attempted grand theft for the alleged attack.

When West arrived at the airport on July 19, a group of photographers was waiting for him, and a video recorded at the scene showed the rapper visibly upset at their presence. West later said he was only attempting to get them to not take his picture.

Daniel Ramos, the paparazzo involved in the incident, has since sued West after the new dad allegedly punched him and threw his camera on the ground.

“When Kanye West attacked me, I was in complete shock,” Ramos later said. “All I had done was ask him a question. I was terrified when Kanye started to come at me. I backed up because I felt from the look in his eyes that he was going to attack me.”

Ramos’ lawsuit claims that he has been forced to walk with crutches and a cane since the incident.

West’s outburst isn’t the first time a celebrity has ended up in trouble after trying to protect himself from paparazzi. Justin Bieber was pulled over in 2012 after trying to escape from a photographer.

A law to protect celebrities from overeager paparazzi was passed in 2010 but was overturned after it was finally tested in the Justin Bieber incident.

Alec Baldwin is another celebrity who has gotten himself in trouble trying to protect himself, but the movement among celebrities to speak out against unwelcome photographers seems to be spreading.

According to the BBC, West wasn’t charged with a felony because the photographer suffered only minor injuries. The rapper will be in court for his arraignment on Oct. 10. TMZ reports that each misdemeanor could bring up to six months in prison if he is convicted.

Should Kanye West have been charged, or was he only trying to protect himself? Tell us in the comments below!