The Lohans are (hopefully) not exactly the normal American family, but Michael and Lindsay both seem to have turned their lives around. Can Dina do the same? 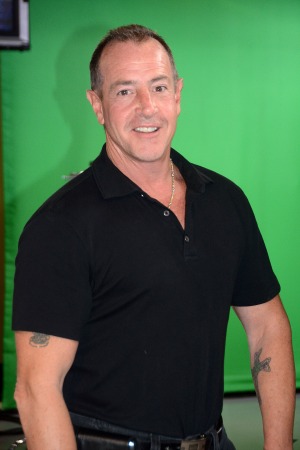 The apple doesn’t fall far from the tree, and sometimes it’s easy to wonder how Lindsay Lohan was so well adjusted for so long. Just days after the actress’ release from rehab, her mom, Dina, was arrested for DWI. Michael and Dina Lohan divorced in 2007, but he feels like he still knows her well enough to give his opinion.

TMZ has reported that Dina Lohan’s blood alcohol content was 0.2 when she was arrested, more than twice the legal limit to drive. Despite her daughter’s path to recovery, Michael Lohan said Dina will most likely not go into treatment. He said he still cares what happens to her because of his children.

“I hope it works out for the best, she’s the mother of my kids,” he told Extra. “I hope they give her the option of going to treatment. If she is found guilty or pleads guilty, she loses a car — that’s her means of transportation; it’s my son Cody’s means of transportation to get to school in the morning. I don’t want Cody to be affected.”

Michael Lohan has had his own problems, so he knows better than anyone how hard it is to overcome addiction. But he also knows how great it will be when it finally happens.

“When people keep doing the same thing over and over again, sooner or later it catches up to you. But you know what? Sad as it is, it can work out for her benefit like it did for me, like it did for Lindsay,” he explained. “Sometimes you have to have that epiphany in your life; that arrest or that one experience that will make you turn it around.”

Michael believes Lindsay did have that epiphany, and he said she’s “doing amazingly well.” He believes she’s the best she has been in eight years. Lindsay seems to feel the same way.

Healthier Lindsay Lohan may get her own TV show >>

“I haven’t felt the way I’ve been feeling recently, and feel now, in a very long time,” she told Oprah back in August. “I feel whole again. I have such a desire to want to keep this feeling and stay this way and I’m willing to do whatever it takes.”

After her arrest, Dina Lohan was released, but she will be back in court Sept. 24.