Like many kids who grew up in the ’70s, Simon Pegg was always a fan of Star Trek. But he never imagined that one day, he would get to play a main character and act alongside one of his idols. 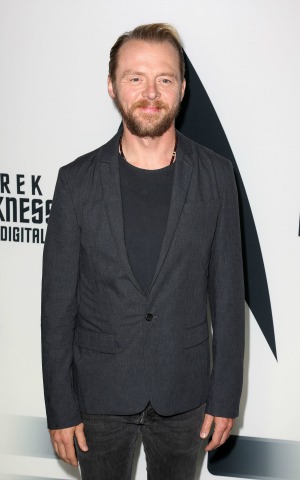 Simon Pegg landed the role of a lifetime when he became the new Scotty in the latest Star Trek series. But for the actor, his memories of Star Trek as a child were much different from those that others had. Pegg told MTV that he became a fan as a young boy, but not by watching the original series with William Shatner and Leonard Nimoy.

The British actor said he learned to love the story through an animated series in the 1970s that came out after the original show ended.

“I was watching that before I saw the live-action show in the very early ’70s and then watching the original TV show in ’78 or ’79 when I was on holiday. BBC2 used to show it at 6 o’clock every night, so I’d watch it while I had my dinner,” Pegg said. “I used to just love it because it was this strange, odd, kind of thoughtful show that was all about sci-fi, which I love. I have very strong memories of it as a child.”

That inspired child grew up to be a successful actor and filmmaker, but nothing could compare to meeting one of his childhood heroes. Pegg was one of the only Spock fans who got to meet the actual character.

“What was weird was actually getting to act with Leonard Nimoy and acting with a character that I’ve known since I was a kid, not just the actor, but the character,” he said. “When Spock spoke to me as Spock, it was mind blowing.”

Pegg’s film The World’s End is in theaters now. He teamed up with actors he has worked with on many of his other films, including Hot Fuzz and Shaun of the Dead.

The World’s End is about childhood friends getting older and going home again. Pegg said it came at the right time, and he is glad they waited to make the film they have been thinking about for years.

“I don’t think we could have made the film when we had the idea, because we needed another six years of living in order to say what we wanted to say,” he told The New York Times back in August.

The World’s End has already pulled in nearly $40 million worldwide. Star Trek Into Darkness is now available on Blu-ray and DVD.