Sheryl Crow broke up with Lance Armstrong back in 2006, but no one wants to let her move on. They just want to talk about the disgraced athlete. 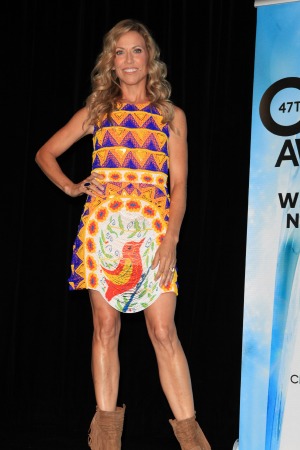 Sheryl Crow is hitting the road to promote her new album, Feels Like Home, but the media keeps pressing on with questions about her former fiancé, Lance Armstrong. On Thursday, the singer appeared on Piers Morgan Live, where she talked about how she’s moved on from the disgraced athlete.

Crow wearily revealed, “It’s funny — people keep asking me about him. It’s such a stretch for me because it does feel like a past life. It has such little relevance to my life right now — in fact, zero relevance.”

That didn’t stop the Grammy winner from being curious about the infamous interview between her ex and Oprah Winfrey that aired in January.

“I watch it kind of like everybody else is watching it. I watched a little bit of the first interview, and I have such a big detachment from it that I probably feel the same as everyone else,” said the 51-year-old musician.

As Morgan continued to press her about Armstrong, she said with finality, “No, I haven’t seen him in years. It feels like a lifetime ago. Really.”

Crow has had other high-profile romances in the past, including with Owen Wilson and Eric Clapton, but it’s the media that loves to lump her into the unlucky-in-love category with pal Jennifer Aniston.

“I’ve read a couple of times that Jennifer Aniston and I, the two of us have been dumped more than any two people, but it’s not true,” said the mother of two. “I don’t like my private life to be for public consumption. But I will tell you one thing: I take credit for some of the demises. It’s difficult to date a woman who’s strong, and who runs a business, and who’s gone a lot.”

Don’t count the singer out, though, when it comes to getting married. She’s definitely up for it! But for anyone looking to inquire, Crow does have a few stipulations.

“Funny, smart, engaged, conscious. I want somebody who has a vast curiosity. Somebody who wants to continue to be interested and grow. Who reads.”

The guys are probably lining up right now.

58 mins ago
by Kay Snowden