Lil Wayne sat down with Katie Couric and revealed that he plans to end his music career in a few years. 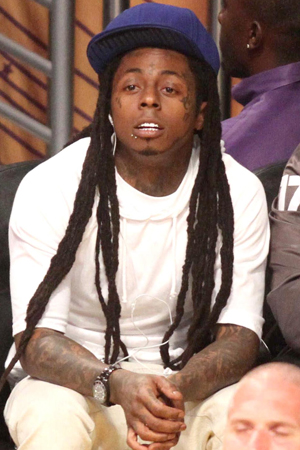 When do you plan to retire? If you’re like most Americans, you expect to hang up your work boots at age 60 or 65. Not Lil Wayne: The rapper plans to end his stint in the music business in just a few years.

“Oh I know I’ll be able to retire at 35 because I am so ready to retire now,” he told Katie Couric during an appearance this week on her daytime talk show, Katie.

Lil Wayne: What seizures? “I don’t feel anything” >>

Wayne’s main inspiration for quitting a highly successful rap career? He wants to spend more time with his four children.

But don’t despair: Remember when Jay Z retired back in 2003? The dad of Blue Ivy Carter made it three years before returning to the rap game in 2006.

“It was the worst retirement in history,” Jay told Entertainment Weekly at the time, adding that he couldn’t stop the need to make music.

“Something, when you love it, is always tugging at you and itching, and I was putting it off and putting it off. I started fumbling around to see if it felt good,” he added.

Will Lil Wayne make the same choice? We hope so, but only after he’s had enough time to get all of his kids through high school. The 30-year-old told Couric that he has no regrets about dropping out of high school, but his kids don’t have the same choice.

“I mean, kids, please finish high school,” he said. “And all my kids, you are finishing high school!”