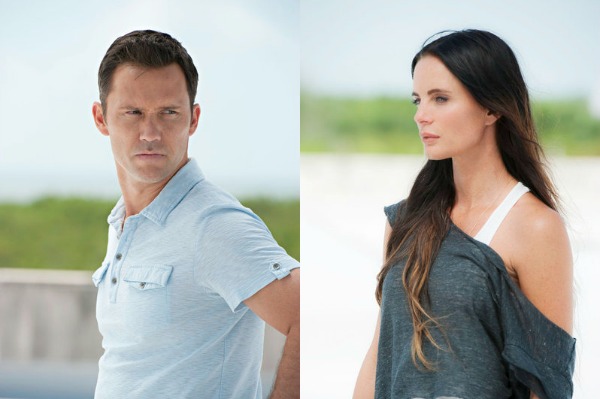 Burn Notice aired its series finale after seven wonderful seasons and the final episode was packed full of action, emotion and, for many fans, lots and lots of tears. Take a look back at the moments that made you want to cheer, and those that made you run for the tissues.

Michael and Fi live happily ever after

This was the moment that every fan was hoping for, especially after everything that Michael and Fi had been through. In the end, they snuggle on the couch in front of a warm fire with the little boy that they’ll raise together. It was indeed a fairy-tale ending.

Madeline sacrifices her life to save her family

This moment was as beautiful as it was heartbreaking. Madeline knew that the only way her family would survive was if she sacrificed herself and she did it gladly and with a smile on her face. With one line, “This one’s for my boys,” she made good on all those times she felt she had let her sons down.

Sam and Jesse get back to work

The idea of Sam and Jesse splitting up to go off and live boring lives wasn’t appealing at all. When the two of them made plans to take on a new job together, it felt like the final pieces of the puzzle had fallen into place. It also opened the door to a possible sequel, spin-off or movie — which isn’t a bad thing at all.

Burn Notice Season 7 Episode 11 recap: Pushed to the breaking point and beyond >>

This was the moment that decided the direction for the entire final episode. In that moment, Michael realized all of the mistakes he had made by letting himself be led in the wrong direction. In the end, Michael chose the woman he loved and his family over a man whose goals he had once thought were right.

The team decides to go after James themselves

With one action, Michael started a chain of events that led him and his makeshift family on a winding road of danger, emotional trauma and, ultimately, freedom. Once Michael chose to go back to the side of good, he and everyone around him was put into danger and the only way out was to destroy James and his organization.

What were your favorite moments from the Burn Notice series finale?