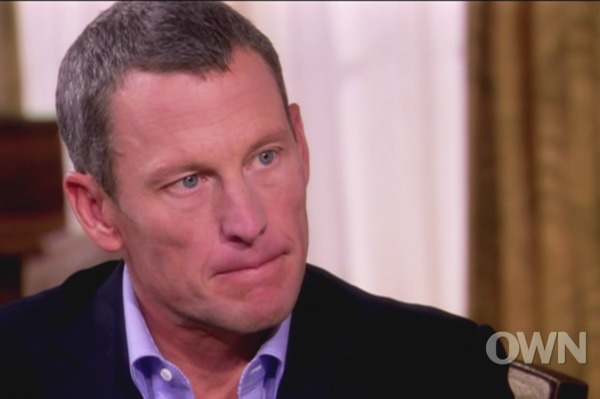 It’s one more defeat in a career destroyed by his own vice: Lance Armstrong has returned his Olympic bronze medal after the International Olympic Committee stripped him of the award earlier this year.

Armstrong, who after years of denials finally admitted to doping throughout his career, including during the Olympics and his seven Tour de France wins, announced the news on Twitter, saying the medal he won at the 2000 Sumner Olympic Games is “back in possession” of U.S. Olympic officials.

The 2000 Bronze is back in possession of @usolympics and will be in Switzerland asap to @olympics. http://t.co/IxwLy4KD1f

Lance Armstrong “deserves to lose everything” >>

Patrick Sandusky, Chief Communications and Public Affairs Officer for the U.S. Olympic Committee, tweeted a confirmation that Armstrong had in fact returned the medal.

“I can confirm that The United States Olympic Committee has received the bronze medal awarded to Lance Armstrong at the 2000 Olympic Games in Sydney,” he wrote. “The International Olympic Committee and the USOC had previously requested that the medal be returned. The USOC has made arrangements to return the medal to the IOC.”

“For those asking how we received the medal from Lance Armstrong, US Olympic CEO Scott Blackmun was handed the medal by Mark Higgins at DFW today.”

In addition to losing his medal, Armstrong has also been stripped of all his Tour de France wins and lost all of his sponsorships. He is currently embroiled in a lawsuit with the Department of Justice who accuses the cyclist of defrauding the U.S. Postal Service — his biggest sponsor — out of millions of dollars.