In the series finale of Burn Notice, Michael comes back from the brink of evil, but finds that the only way to get the life he wants is to pay a terrible price. 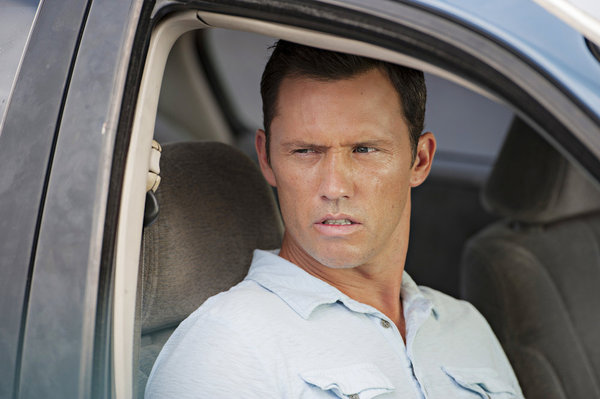 I really wish I could take at least a day to absorb this episode and maybe watch it a few more times before having to write this review, but there is also something to be said for just letting go with my gut reaction first.

Burn Notice Season 7 Episode 11 recap: Pushed to the breaking point and beyond >>

A lot of things that happened in this episode I saw coming, but it was still the most emotional episode of this series that I’ve ever seen. And that’s counting some of the amazing episodes we’ve had this season. One thing that I wasn’t positive about, but was very hopeful would happen, was Michael (Jeffrey Donovan) choosing Fi (Gabrielle Anwar) over Sonya (Alona Tal). Looking back at everything that happened, it seems like an obvious choice now, but with the way he was acting last week, who knew?

Once Michael decided to go back to the good side, he and the rest of his team faced some of their biggest challenges yet. Strong (Jack Coleman), understandably disappointed to lose out on James, set the entire CIA and local law enforcement on them all and they had to run from James’ (John Pyper-Ferguson) people as well as the law. Michael came to the conclusion that the only way to be safe was to capture James themselves. Of course he wanted to do it by himself, but his team wouldn’t let him get away with it.

It was fantastic to see how quickly Michael’s team rallied behind him as soon as he went back into their midst. There were no hard feelings, no guilt trips — everyone just got back to work. I also loved that, as soon as they saw where his head was at, all of them put the kibosh on his death wish, but quick. Another possible option I saw was to have Michael sacrifice himself for the rest of the team, but it wasn’t him who got that honor.

Oh man, just thinking about what Madeline (Sharon Gless) did for her son, her grandson and the rest of her makeshift family is making me tear up as I’m typing this. Throughout the series, Maddie has apologized over and over again for not defending Michael from his father when he was a little boy. And yet, without the abuse from his dad, Michael would not have become the man he was. Still, it seemed like Maddie always held that guilt inside, and her sacrifice was her way of finally paying back that debt. I had predicted that Maddie would die, but I didn’t imagine it would happen the way it did and I’m glad for that. In my head, I saw Maddie being the victim of James, causing Michael to seek revenge. The way the writers wrote it was imminently better. I should’ve known that Maddie was much too strong to go down under anything other than her own will.

After Maddie gave her life so that Jesse and Charlie could escape, the team went to work on their plan to get James and his entire network. In the end, James caught Michael and Fi and it appeared for a little while there that Maddie’s wasn’t going to be the only loss in this episode. I had a feeling we would see them again and I was right. Again, the writers handled it beautifully. Sending Sam (Bruce Campbell) and Jesse (Coby Bell) to the CIA with the disk to take down James’ network, clear their names and “bury” Michael and Fi as heroes. Leaving Michael and Fi to escape with Charlie.

I seriously lost track of the amount of times this episode made me cry, but the biggest bawl-fest happened when I heard the soft Irish music as the camera went over the snow globe. When I saw Michael, with little Charlie asleep on his lap and Fi by his side, I was a wreck. But it was the final line that really, truly did me in. Michael asked Fi what he should tell Charlie about himself when his nephew grew up and her reply was the perfect way to bookend a series that will forever hold a special place in my heart.

“Start with the beginning: My name is Michael Westen and I used to be a spy.”

Michael shooting Sonya. There was no other choice, but still. Wow.

James ordering his people to give no mercy to Michael.

Michael and Fiona touching each other’s cheek before running off the roof. Ugh. What a moment.

“Figured we could use a bigger ride.” — Yes!

Nearly dying through that long pause before Michael nodded his head after Sam asked if he was in.

Michael admitting that he almost didn’t pull that trigger. Wow.

“I knew if I was wrong about you, it didn’t matter if I got out of there alive.”

Jesse and Michael’s discussion about the supplies.

Yes! A reference to The Chin. My life is complete. Thank you, writers.

Michael driving the car into the shop. Whoa!

Michael taking that bullet —  like a boss. And then taking down the bad guy.

“You think it was tough being burned? You haven’t seen anything yet.”

The team refusing to hide while Michael went after James. Darn straight.

Michael reassuring his mom that Fi got to him before it was too late.

“I don’t want to lose another son.”

“Sometimes sacrifices have to be made.”

Michael pointing out that an armored car wouldn’t drive if its wheels weren’t on the ground.

“There’s a difference between a necessary risk and a death wish.”

Noticing that Jesse used the duct tape to close the bag.

Jesse reassuring Maddie that everything was going to be okay. 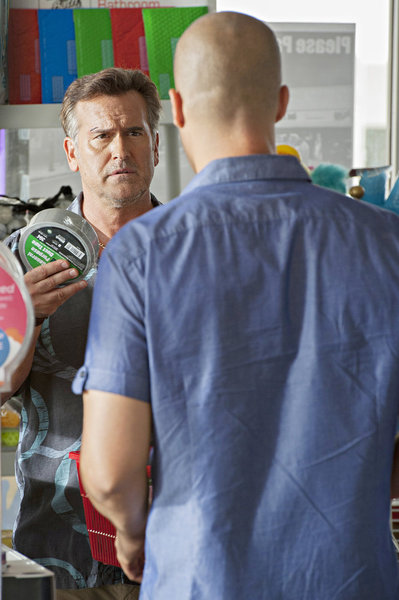 “There is no way out. There is only the reckoning.”

The way Michael’s face fell when Maddie said she knew how to get Jesse and Charlie out.

“If saving you means I don’t get out of here, it’s fine with me.”

I held it together, right up until Maddie said goodbye to Charlie. That was the moment I was a goner.

Michael declaring that he wanted to fight and that he owed it to his mom to use the second chance she gave him.

“Should we shoot them?” — Nice reference to the pilot.

“I want to live, maybe more than I ever have.”

Michael putting his hand on Fi’s cheek before he executed his insane plan.

The explosions going off in silence. Wait. WHAT???

“You know spies, bunch of bitchy little girls.” — Another great reference to the pilot.

“Where do you think they are?”
“Hard to say. Lot of places with C4 and yogurt.”

Sam and Jesse deciding to get back to work. I loved that little moment so much.

“Good luck, Mike. wherever you are.”

I knew it was coming, but still. Charlie on Michael’s lap and Fi telling Michael what to say when Charlie grew up — Wow.

What did you think of the Burn Notice series finale? Did you expect it to end the way that it did?