Aaron Paul is fairly new to the world of Hollywood, and is doing what he can for the town that made him who he is. He will head back home to watch Sunday’s episode in Boise, Idaho. 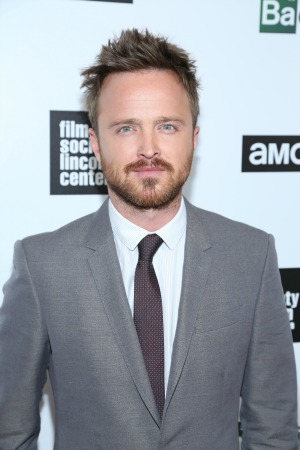 Aaron Paul may have made it to the big time, but he has never forgotten where he came from. The actor rented out a theater in his hometown of Boise, Idaho to watch this Sunday’s Breaking Bad episode with 700 fans.

Paul rented the Egyptian Theatre in downtown Boise, and is letting a local radio group give away the tickets.

Paul has famously talked about his first job as a mascot (a frog) at a group of radio stations in Boise. The actor has come a long way since then, but he has never forgotten where he came from.

He tweeted the announcement earlier this week, creating a buzz in the town that calls Paul their own.

The actor is about to say goodbye to the show that made him who he is, and he is not looking forward to the end.

“It was sitting in my place for probably three or four days,” he told the Los Angeles Times back in August about reading the last script for the first time. “I just kept staring at it because, you know, once you read it, that’s it. There’s no more to read.

“At the end, Bryan [Cranston] read the line: ‘end of series.’ We just looked at each other for, no joke, probably 10 or 15 seconds with tears in our eyes, not wanting to believe it’s done.”

The show will end on Sept. 29, but Paul has a lot in store for his future. He has a brand new wife, and is planning many new projects. He just wrapped two different movies, including Need for Speed with Fifty Shades of Grey‘s Dakota Johnson, due out in 2014.

Paul will be at the theater in Boise on Sunday to watch the episode with fans.