Industry insiders are tired of Katherine Heigl’s behavior on set and say working with her is just “not worth it” anymore. 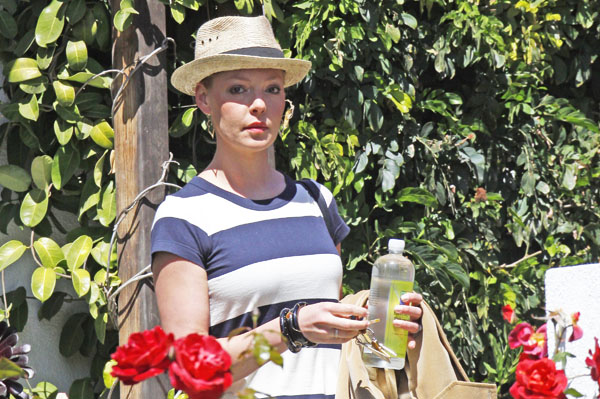 New reports have surfaced claiming that Katherine Heigl‘s antics on set are so bad that no one wants to work with her any longer.

In an incriminating article on The Hollywood Reporter, Kim Masters claims that an increasing number of industry insiders are said to be getting fed up with the actress. “She’s not worth it,” a producer who turned down Heigl for a television project said.

Additionally, Heigl’s demeanor towards her own work is not doing her any favors either. She blatantly announced that one of her biggest films, Knocked Up, was “sexist” and point blank called the writing on Grey’s Anatomy bad, adding that she wouldn’t seek an Emmy for her work in the show.

Not only that, but her mother/manager, Nancy Heigl, is even worse. She’s constantly making demands and expecting to be catered to with the best of luxuries.

According to a Hollywood Reporter source the demanding mom would often insult and belittle everyone on set, saying, “F**k you. You are a f***ing liar.” She’d call everyone an idiot no matter what they’d say. Then she’d complain about everything like, “This is the worst craft service we’ve ever had! There’s nothing to eat! This is the worst wardrobe!”

Executive producer Denise Di Novi called these allegations “exaggerated,” though, adding that while the mother-daughter team may not be the sweetest of people, they just like to speak their minds.

Meanwhile, another source close to Heigl said that the star wants to rebuild herself. “She’s really determined to put everything behind her,” the insider told The Reporter. “The only way to do that is to work in film or television with good people and for those people to have good things to report back.”

But, the source also added that Heigl’s main issues are with the industry and that she still has a huge fan base that’s very loyal to her. All these fans want to see her in films and would support her no matter what.

However, with Heigl’s two latest films, One for the Money and The Big Wedding, having flopped at the box office, the only hope she may have is on television, something she’s actually been considering. That move, though, may be questionable coming after her big screen failures. “Hollywood has infinite patience with difficult talents — until the box office stops booming.” Masters said.

Fortunately for her, Heigl’s hope at a new start may not be too far. NBC announced on Sept. 9 that it will develop a new series in which the embattled actress would play the CIA’s chief liaison to the president. No word yet on whether the show will be produced; but if it is, it could give the blacklisted star a second chance at her career.