It’s a heart-wrenching week on CBS’ The Talk. Its hosts are revealing their biggest secrets in a segment that’s sure to make you cry. Aisha Tyler opened up about her personal struggle to have a child. 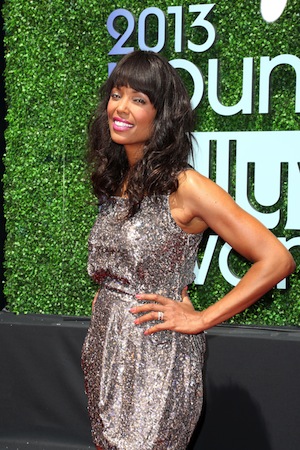 Actress, comedian and The Talk co-host Aisha Tyler recently revealed a personal struggle. As part of a segment on her daytime series called “Big Secrets,” she detailed her inability to have children.

Tyler, who’s been married to Jeff Tietjens since 1992, explained the emotional toll of their fertility treatments. “We went through the process,” she said via People. “There are all these shots, they make your body crazy, they make you emotional, they hurt. I was getting shots every day. I wasn’t telling you guys — my husband and I were going through this at home together. He hated giving me the shots, he probably cried more than I did.”

She also talked about accepting the cold, hard truth. “After going through a lot of procedures and spending a lot of money… the doctor said, ‘Look, based on what we’re seeing here, I just don’t think this is going to happen for you.'”

An emotional Tyler continued, “The hardest part is I really love my husband — he’s such a good person and he would be such a great father. But we just decided it wasn’t worth it to go through that and so we decided to stop. It was better to not go through that torture.”

Even though she’s open to the idea of adoption, Tyler’s not ready to take that step. She feels as if the wound is still too fresh.