Penélope Cruz looked amazing as she rocked her post-baby body by going topless at the beach just two months after giving birth. 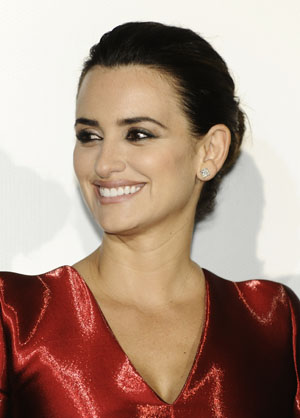 Not even two months after giving birth to her second child, Penélope Cruz was out on the beach flaunting her body in a string bikini. Not only that, but the Spanish actress also went topless as she took a swim with her family.

Cruz — who welcomed daughter Luna on July 22 — was vacationing in Corsica with husband Javier Bardem and 2-year-old son Leo when they were photographed on the beach having a fun family day. Wearing a floral string bikini, Cruz showed off her post-baby body, which looked amazing, with a few curves to boot.

Further flaunting her assets, Cruz took off her bikini top when she went for a swim with Bardem and their son. The family looked content and relaxed as they frolicked and cuddled in the waves.

Cruz has embraced motherhood both physically and mentally. In an interview with Vogue, the 39-year-old mom of two revealed how being a parent has changed her. “From the first second, you feel so much love,” she said. “It’s a revolutionary experience.”

During their sun-filled vacation, Cruz and Bardem were also spotted taking in the local sights of the beautiful Mediterranean island. Walking hand-in-hand, the pair looked super-happy as their little Leo ran around an open plaza by the beach.

After their vacation, Cruz and Bardem are set to begin a press tour to promote their new movie together, The Counselor, a thriller directed by Ridley Scott. The film also stars a slew of other big-name celebrities including Brad Pitt, Cameron Diaz and Michael Fassbender.

In the movie, opening Oct. 25 in the U.S., Cruz plays an attorney’s fiancée who is put in danger when he goes after a $20 million cocaine deal. Bardem plays the drug dealer, while Fassbender stars as the greedy attorney.