The 36th Kennedy Center Honors has chosen its latest recipients. The selection includes an Oscar-winning actress, an opera singer and three musicians from very different genres. 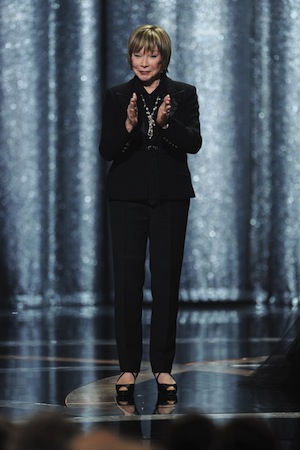 It’s that time again. The John F. Kennedy Center for the Performing Arts has announced the nominees for this year’s honors. Five talented individuals have been chosen for their contributions to the entertainment industry. They are actress Shirley MacLaine, musicians Carlos Santana, Herbie Hancock, Billy Joel and opera singer Martina Arroyo.

According to the New York Times, the honorees are ecstatic about their inclusion. Santana exclaimed, “It’s better than Fourth of July, Christmas, Thanksgiving and Valentine’s.”

As a native of Tijuana, Mexico, Santana moved to the U.S. 50 years ago. During his career, he’s sold over 100 million albums and won 10 Grammy Awards.

MacLaine is the sole thespian of the bunch, and has a career most would envy. She has over 70 credits to her name and has won multiple awards. MacLaine’s been nominated for six Academy Awards and won one for her performance in Terms of Endearment.

Upon hearing about the Kennedy Center Honors, MacLaine responded with wise words. “The [other awards] are for a part you did or for how you interpreted a character, but this is about how you’ve interpreted yourself.”

Truer words have never been spoken.

This group joins previous artists such as Frank Sinatra, Julie Andrews, Meryl Streep, Morgan Freeman, Chita Rivera and Oprah Winfrey. The ceremony typically takes place at the end of the year, so mark your calendar.

The Kennedy Center Honors will air Dec. 29 on CBS.

What do you think of this year’s honorees? Who’s your favorite?