Prince William is making all sorts of major life changes these days: A new baby, a major move, and saying goodbye to a career he loves. 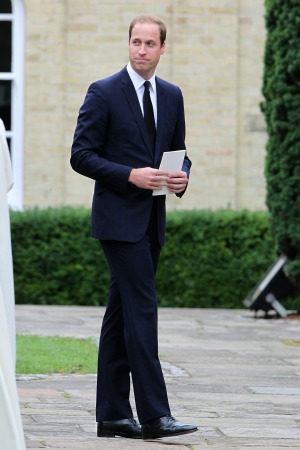 Prince William has finally announced what we’ve long suspected: He is leaving his post in the Royal Air Force.

Wills, who has been in the military since 2006 and an official search and rescue pilot with the RAF since 2010, announced the news via Clarence House today.

“His Royal Highness The Duke of Cambridge is to leave operational service in the Armed Forces,” read an official statement from the palace.

“He completes his Tour with the Royal Air Force Search and Rescue Force at RAF Valley, Anglesey, after more than seven-and-a-half years of full-time military service.”

So how will Wills earn his keep now? Clarence House said the second-in-line to the throne plans to keep himself busy as a full-time royal with official engagements and charity work, as well as helping to get wife Kate Middleton and Prince George settled in their lavish new digs at Kensington Palace.

“He will continue to support the work of The Queen and the Royal Family through a programme of official engagements, both at home and overseas, with The Duchess of Cambridge,” the palace said.

“The Duke will work closely over the next twelve months with the Royal Foundation of The Duke and Duchess of Cambridge and Prince Harry. He will expand his work in the field of conservation, particularly in respect of endangered species.”

“The Duke will continue to work with his charities on issues relating to children and young people, veterans and serving members of the Armed Forces. The Duke is currently considering a number of options for public service, a further announcement on which will follow in due course.”

Currently ensconced in their rented farmhouse in Anglesey, where they have lived for several years, the family plans to decamp for London soon.

“The Duke and Duchess of Cambridge and Prince George are expected to move into their official residence at Kensington Palace within the next few weeks,” the palace confirmed.