The TIFF still has a few more days of screenings, but there are already a handful of movies that are generating Oscars talk. If you are a movie fan who is frustrated by Oscar-nominated movies you haven’t heard of or seen, mark your calendar for these Oscar-hopeful premieres. 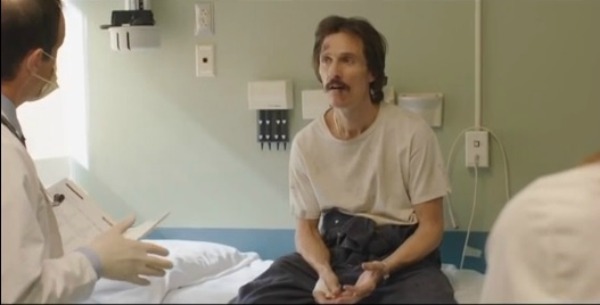 We were all shocked by recent photos of the barely recognizable Matthew McConaughey, who lost 50 pounds to play homophobic, HIV-positive rodeo cowboy Ron Woodroof. Based on a true story, McConaughey’s character in Dallas Buyers Club circumvents the FDA for his treatment, and develops an enterprise to assist others. Much is also being made of Jared Leto’s performance as a transsexual. This role should go a long way in demonstrating McConaughey’s range as an actor since we haven’t seen much since his Magic Mike performance. Dallas Buyers Club has a Nov. 1 premiere date.

Allow us to introduce you to TIFF’s darling, 12 Years a Slave. Also a true story, this gut-wrenching tale is about Solomon Northup, a free man until he is taken into slavery. Steve McQueen’s baby is generating so much buzz that the premiere date has been moved to mid-October. This movie also casts Brad Pitt, so if it’s your life’s goal to never miss a Brad Pitt movie, that gives you one more reason to see what is being described as a film that will sweep the Oscars.

Gravity, starring Sandra Bullock and George Clooney as astronauts stranded outside their space shuttle, feels more like a major box office motion picture, but it is being hailed as an Oscars contender. Director Alfonso Cuarón met with Bullock to coax the star out of her self-imposed exile (after divorcing Jesse James) to star in the movie. He told The Hollywood Reporter, “We didn’t talk about space or technology. We only talked about feelings. The theme of adversity was something very fresh in her life. We spent a whole evening just discussing how it shapes your life.” Cuarón’s discussion worked, and accepting the role may end up being one of the best career moves Bullock has made. This space odyssey premieres Oct. 4.

5 Reasons George Clooney and Sandra Bullock should hook up >>

Sometimes, Hollywood’s greatest talents come together for a production that is irresistible. August: Osage County, starring Meryl Streep, Julia Roberts, Abigail Breslin, Ewan McGregor, Juliette Lewis, Sam Shepard and Dermot Mulroney, is one such effort. This story brings a family back to Oklahoma to deal with a recent tragedy (and a highly dysfunctional mother). It’s one of those pictures that is difficult to not find a piece of ourselves in. It has a Christmas premiere, which ties in perfectly with dysfunctional family get-togethers.

Stay in the Oscars loop — subscribe to our newsletter >>