Kris Humphries is getting rid of all memories of his marriage to ex-wife Kim Kardashian and has decided to put her lavish engagement ring up for auction. 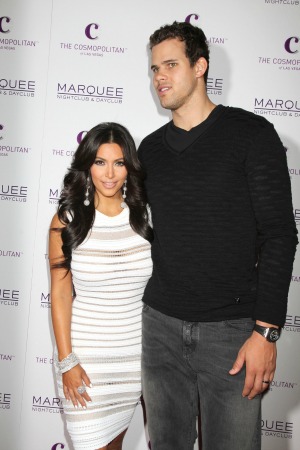 Kris Humphries and Kim Kardashian did not have a particularly long and prosperous marriage — in fact it only lasted 72 days. So it’s little wonder why the basketball player wants to get rid of any memory of the event.

The couple had tied the knot in August 2011, but their divorce was finalized just three months ago, so it’s time to sell his ex-wife’s 20-carat diamond engagement ring!

Humphries is believed to have listed the beautiful piece for sale at Christie’s auction house in New York City, where the ring is expected to go on sale on Oct. 15.

We cannot confirm that the engagement ring was definitely the one worn by the reality TV star, as the auctioneer of Christie’s would not reveal the exact name of the owner, only referring to him as “a gentleman.”

However, according to RumorFix, the dimensions of the ring are reported to be an exact match to that of Kardashian’s custom Lorraine Schwartz engagement ring and we’re sure there aren’t too many of those rings available, complete with 16.21-carat center diamond and another two 1.80-carat side diamonds.

A source revealed to Us Weekly, “It is 100 percent the same ring. Kim has been waiting for the day he would auction it. Everyone always asked what Kim did with the ring — she silently gave it back over a year ago! And Kris waited until the divorce was final to sell it.”

So how much money will the ring in question be fetching? Well, it was reported that Humphries paid $2 million when he originally bought it. However, it is only expected to fetch between $300,000 and $500,000 at auction.

However, the source also stated that the ring was not worth what it’s expected to be worth, saying, “The ring is definitely not worth $2 million, not even half of that.”