Keanu Reeves hasn’t been in a Bill & Ted movie in more than 20 years, but he is still holding on to the character. So why hasn’t Bill & Ted 3 come to see the light of day? 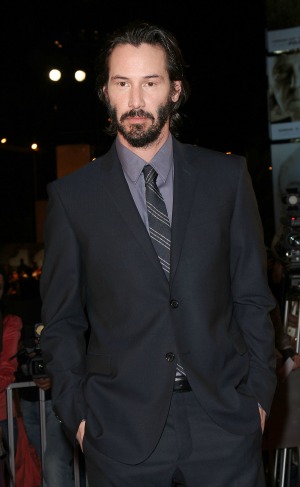 Keanu Reeves has come a long way since 1989’s Bill & Ted’s Excellent Adventure, but it doesn’t mean he has moved on from it. The film, which also produced a sequel in 1991, Bill & Ted’s Bogus Journey, launched the career of Reeves and became a cult hit.

There has long been a rumor that the film series would soon become three, but any sign of a third sequel have been few and far between.

Reeves is again opening up about the possibility that the film could be made, and his answers are more than cryptic.

10 Romantic movies to curl up with this fall >>

“It’s a long story,” Reeves told MTV News. “There’s lots of subterfuge and conspiracy theories. There’s a whole thing… I might have to do one of those independent press, conspiracy, other-name kind of [statements] explaining why it hasn’t happened yet, because it’s pretty dark out there.”

Reeves does give hope to the film actually being made some day, and it sounds like the first big step (someone actually writing it) has already happened.

“There is [a script],” he explained. “There’s all sorts of stuff and it just can’t — it’s just — there’s darkness out there that’s keeping it from happening… It’s that part of the story where it’s looking grim. It’s the dark period of the idea!”

Reeves’ answers will probably further any conspiracy theories, but his Bill & Ted co-star was a little less cryptic about the whole thing when he talked about it in March.

“There’s no drama,” Alex Winter told MTV News at South by Southwest. “There’s no legal skirmish. There’s no nothing. There’s me, Keanu, [screenwriters] Chris Matheson and Ed Solomon, the original core. We built a story. They wrote a script. We’re tinkering with the script to get it perfect. Then we will go get the money. Then we will shoot it. And that’s really all there is to it.”

Reeves has come a long way since Bill & Ted’s Excellent Adventure, but still seems to fondly remember the experience of being a struggling actor. Another Bill and Ted sequel may remind him of a different time in his life.

Reeves was in Toronto premiering his directorial debut, Man of Tai Chai, and can next be seen in 47 Ronin, which will be in theaters Dec. 25.