Sinead O’Connor has a new face tattoo that is leaving many fans wondering “Who the heck is Brendan Quinlan?” 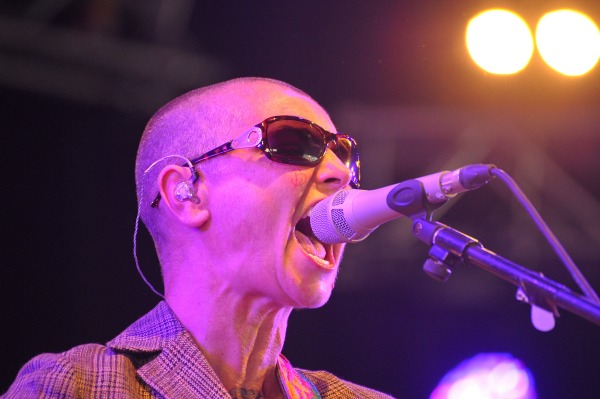 Sinead O’Connor is no stranger to bad decisions, but this one is definitely leaving fans scratching their heads. When the Irish singer took the stage at the 10th anniversary of Rob Da Bank’s music festival, Bestival, on the Isle of Wight, concertgoers who looked closely noticed some strange markings on her face. Turns out she got tattooed, Mike Tyson-style!

O’Connor added the initials B and G in red ink on her face recently — one to each cheek — but isn’t saying much about them, or the man to whom the initials belong.

“Brendan Quinlan. It’s what it is… un ange passé ;-)” she wrote on her website in a post titled “Face Tattoo,” using the French phrase for “an awkward silence.”

“There’s a bottle of Agent Provocateur in someone’s room that belongs to me.”

The singer is heavily tattooed over her body, including song lyrics, religious quotes and a huge image of Jesus on her chest.

“I’ve got a bunch of religious s*** all over my body: Rasta, Catholic, Hindu, Muslim, Jewish,” she told the BBC earlier this year. “I don’t necessarily like to flash them too much. They’re more to focus me artistically.”

While her interesting facial art might raise a few eyebrows, there is one person who is A-OK with the design: Her dear old dad.

“Put it this way, every individual has their own way of expressing themselves,” Sean O’Connor told Britain’s Independent. “[She] can do nothing wrong.”

In April of 2012, O’Connor canceled a world tour over a severe mental illness just months after a quickie wedding and divorce from an addiction counselor who was not amused by her own admitted substance abuse.