As it nears the end of its final season, Breaking Bad gets a spinoff based on one of its most popular characters, sleazy lawyer Saul Goodman. 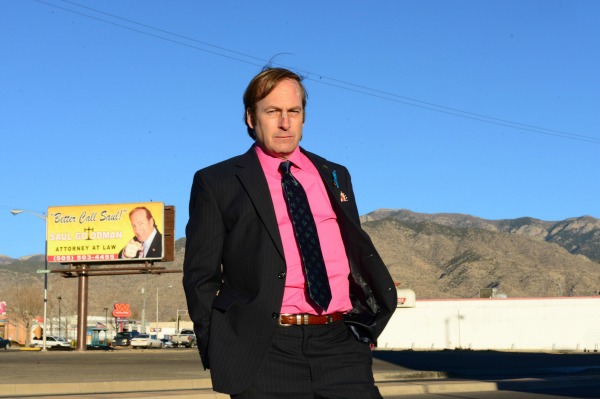 AMC’s Breaking Bad may be in the midst of its final season, but when the finale airs in a couple weeks, fans of the series will have something new to look forward to — a shiny, new spinoff.

Deadline reports that the new spinoff series was given the green light after some lengthy negotiations between the cable network and the show’s producer, Sony Pictures TV.

The new series, tentatively titled Better Call Saul, will feature one of Breaking Bad‘s most popular characters, Saul Goodman, in the title role. Goodman, played wonderfully by Bob Odenkirk, will star in the one-hour prequel that will focus on how the unflappable lawyer came to be the man that would one day become Walter White’s lawyer.

The title of the spinoff series comes from an episode of Breaking Bad, titled “Better Call Saul.” In the episode, Walt (Bryan Cranston) and Jesse (Aaron Paul) hire the flamboyant lawyer after Walter’s previous lawyer, Badger (Matt L. Jones), is nabbed by the DEA. Saul has been a regular on the show ever since. His shady-but-competent lawyer became popular with fans, especially his ridiculous commercials, where he used “Better Call Saul!” as his tagline.

In the dramatic, sometimes exceedingly heavy, series, Saul has often served as Breaking Bad‘s comic relief. Though based off of the heavy series, the spinoff promises to be a lot less dark than Breaking Bad. The show will even have some comedy in it, according to the report.

One has to wonder if fans will flock to the new series if it’s too comedic though. After all, Breaking Bad isn’t exactly known for bringing lots of laughs. But with a character as popular as Goodman in the lead role, chances are good that the show could be as successful as its predecessor.

Do you plan to watch the Breaking Bad spinoff about Saul Goodman?