AMC’s The Killing has a rocky past. After suffering a drastic drop in numbers in its second season, a cancellation and a reboot, the show has been canceled — again. 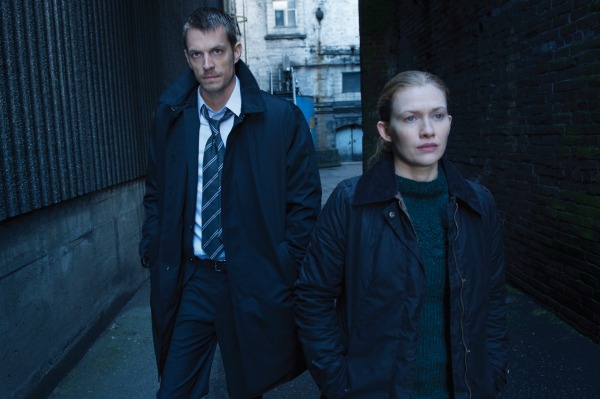 AMC’s The Killing was one of those shows that started out strong, but sadly never gained back the audience it lost after its first season. According to The Hollywood Reporter, the show has been cancelled — again.

In its first season, The Killing broke records, bringing in 2.7 million viewers for its season premiere in 2011. Fans seemed to instantly fall in love with the show’s moody and dark theme. The first season centered around the murder of a character named Rosie Larsen, but when the show failed to reveal the killer by the end of the season, the fans weren’t happy.

In The Killing‘s second season, the fans’ disappointment was evident in the ratings. The show lost nearly 30 percent of its numbers from the previous year and AMC summarily canceled it. But luck was on someone’s side. Thanks to a deal with FTVS, AMC and Netflix, the series was given another chance.

When the show came back for its third season it featured a brand new case and almost an entirely new cast (only the two leads, Mireille Enos, Joel Kinnaman returned). But despite the reboot, The Killing was never able to gain back the audience that it lost after the first season and only saw ratings that were on par with its second, much less successful, season.

The Killing recap: Can things get any worse? >>

After showing such poor numbers, AMC had no choice but to cancel the series for a second, and most likely final, time. Here is what the network had to say in a statement:

“We have made the difficult decision not to move forward with a fourth season of The Killing. We want to thank our great partners at Fox Television Studios, creator Veena Sud, an extraordinary cast and the dedicated fans who watched.”

Fox Television Studios issued their own statement about the cancellation:

“Fox Television Studios is extremely proud of all three seasons of The Killing. We’re especially gratified to have orchestrated a unique deal with AMC for season three that included a bold partnership with Netflix. While we would have loved to produce a fourth season for AMC, FTVS is immensely grateful to everyone involved with this moving series: our brilliant cast, led by Mireille Enos, Joel Kinnaman and season three’s Peter Sarsgaard, our stellar executive producer, Veena Sud, a remarkable writing and producing team, and a tireless, dedicated crew. Most of all, FTVS thanks the terrific fans of The Killing, who communicated their appreciation for the show throughout its run.”

Peter Sarsgaard to strike fear into The Killing >>

It appears that fans never got over the show not answering what they considered an important question in the show’s first season. Those who gave up on the show didn’t come back, despite the reboot. Perhaps the network and the show’s creators will learn from this mistake. When an audience demands an answer, it might be best to give it to them in some shape or form.

What do you think of the news that The Killing has been canceled again? Do you think it deserves another chance?