How much is Kristen Stewart’s time worth? Apparently, $500,000 for just 15 minutes with the Twilight actress. The sum went to a great cause. 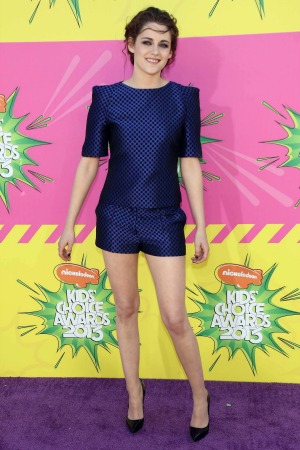 Would you write a check for $500,000 to spend 15 minutes with Kristen Stewart? That’s exactly what an anonymous Middle Eastern prince did just to get the opportunity to speak with the Twilight star.

The Weinstein Company mogul explained that he convinced the 23-year-old actress to meet with the prince in exchange for a large donation to the Sandy relief fund.

Weinstein told the New York Times that Stewart asked, “How much?”

The Butler film distributor then brokered a deal with the royal prince who offered up a substantial number. Weinstein, who is known to be a tough negotiator, countered the offer to an astonishing figure, $500,000. The money was collected in cash in advance of the concert last December.

The meeting was orchestrated by James Dolan, chairman of Madison Square Garden, in New York City.

Weinstein concluded, “And Kristen sits with the guy for 15 minutes.”

Apparently, it was worth it to the prince who is a huge fan of the On the Road star. His identity has not been revealed by Weinstein nor the press.